Why the Guy Fawkes Day Celebrated 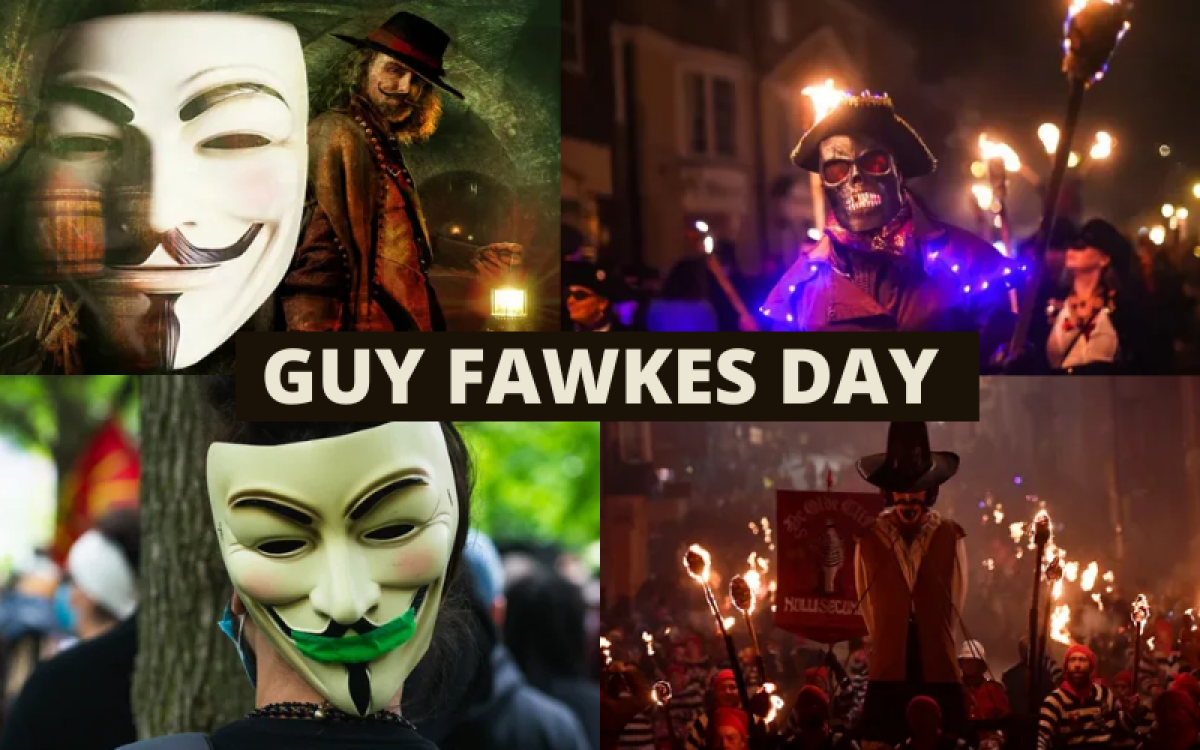 Guy Fawkes Day or we can say Bonfire Night. It is an event that is celebrated on November 5 generally all across the United Kingdom. There is a history behind celebrating Guy Fawkes Day. We have mentioned the story of Guy Fawkes, why it is celebrated, and the rising popularity of wearing a Guy Fawkes Mask.

There was a movie in 2005 named V For Vendetta there is a mask on the poster of that movie. Apart from that, you must have seen on the news that many protesters wear these masks and present their protests.

A Story of Guy Fawkes

There was a story of Guy Fawkes. He is a man with a great knowledge of explosives. Read why he becomes popular.

About 500 years ago, there was a man in England named ‘Guy Fawkes’. He and some of his associates made a conspiracy together. They decided that they will destroy the house of lords. The House of Lords was the place in England where important people sit, including the King of England. Here the importance of Guy Fawkes is that he had a lot of knowledge about explosives. As he was put in charge of this work and it has to destroy the House of Lords.

At that time a plan was made to kill the leaders of England, it is called the Gunpowder Plot because it was their plan that they would kill the King of England using Gunpowder Explosives. The date on which the plan was made to destroy the building of the House of Lords was November 5, the year 1605.

The Death of Guy Fawkes

The Gunpowder Plot was not successful, its reason was this, there was an anonymous letter to an important person, and in that letter, it was written that some dangerous explosion is going to happen in this building. You all get out of this.

Because of this, when the House of Lords was searched, the guy Fawkes was found hiding there and he was caught there with 6 barrels of explosives. Because he was caught with so many explosives, thereby arrested and put on trial for high treason. He was then executed for his crimes against the crown. The day on which the assassination attempt on the king was foiled is now celebrated as Bonfire night or Guy Fawkes night.

The Mask and Guy Fawkes Night

When Guy Fawkes was caught with 6 barrels of explosives, the moment of his capture became very popular, because the man’s appearance was very eye-catching. With his long hair, hat, and beard on his face, seeing which everyone remembers his appearance.

And since then the mask based on the face of Guy Fawkes was born.

Fawkes’s mask slowly started becoming a part of people’s life. Even today, in many parts of England, this day is celebrated as Fawkes Night or Bonfire Night on 5 November.

It started in the 1980s. When a novel came, whose name was “V for Vendetta“. This novel was a graphic novel, in this story the main character used to wear a mask of Fawkes. He was protesting against a dictator, the government. He looked like Batman and had to face the crime by going out at night and helping those who were in trouble. This mask was worn by a hero and that made the image of this mask go from negative to positive. After this, a movie based on this novel came in 2005, which increased its popularity further. So this mask got more popular after the arrival of novels and movies.

In the year 2008, the hacker group launched a project called a hacker book named Anonymous. It was a demonstration group that opposed the church and Synology. Even during that time, those people were wearing this mask, due to which it got a little more popular.

Guy Fawkes Day is Celebrated as a Positivity. Fireworks and bonfires are commonly lighted and launched. Burning garden waste towards the tail end of fall is a great idea. Some people start little bonfires in private yards, but others start bigger ones in public areas. In some towns and cities, the local government arranges a bonfire and expert fireworks show in a park. These are frequently quite well-liked. Many individuals host a joint Guy Fawkes Night and Halloween celebration because of how close the holiday is to Halloween. These gatherings frequently incorporate aspects of both celebrations, such as a bonfire and being dressed in a frightened or stranger attire. Toffee apples, bonfire toffee, and potatoes roasted in the ashes of the fire are all common meals.

Also Read: Veterans Day: When, Why & How to Celebrate

The Future of Media and Entertainment

Poonam Sharma is a seasoned Digital Marketing Specialist and Content Editor at Healthy Life Human where she educates millions of users about health, lifestyle, technology, culture, food, and beverages. For more, Connect on LinkedIn.
PrevPreviousLife Is Beautiful Festival
NextCareer and Job: Follow Your Passion Next