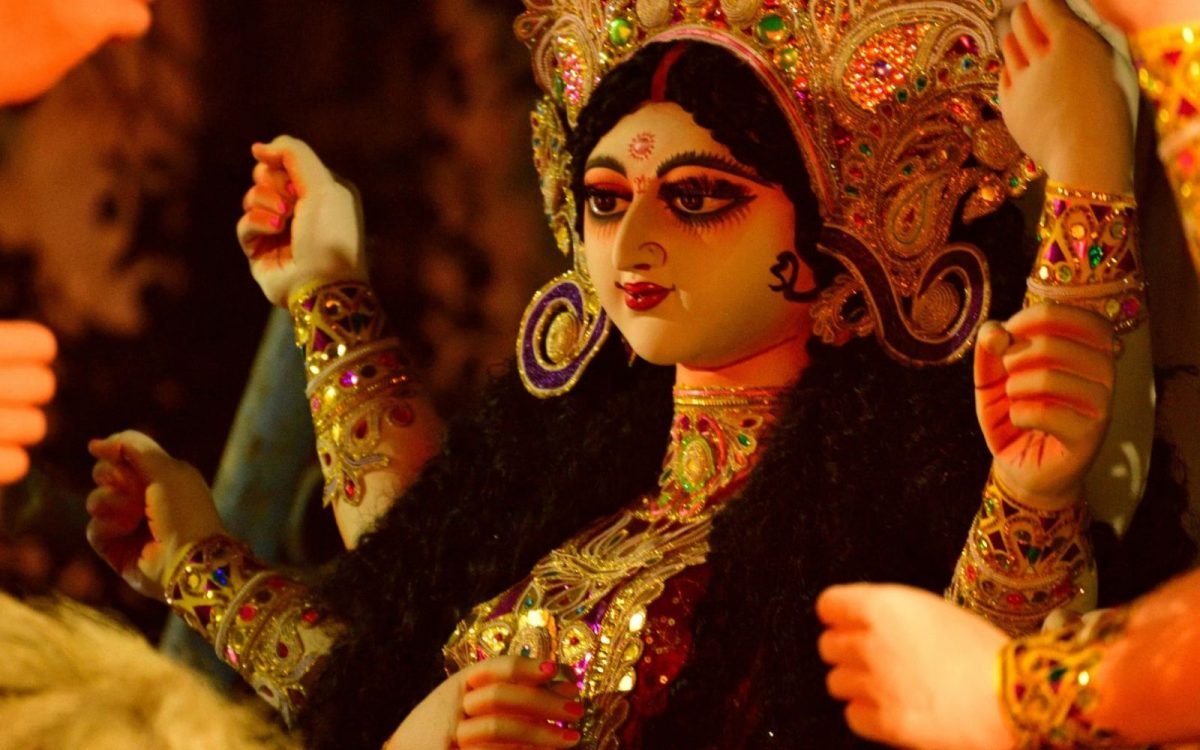 On the ninth day of Navratri, people worship the goddess Siddhidatri. It is a common religious belief that the Goddess will grant all of her worshipers’ wishes if they offer her entire devotion. Although, goddess Siddhidatri is worshipped by Gods, Yaksha, transgender people, demons, sages, and members of households. Her worship gives her fame, influence, and wealth. She gives eight varieties of siddhis and great wisdom to her devoted followers. Even the Gods are said to have received siddhis from Goddess Siddhidatri. Moreover, one of the many forms of Goddess Saraswati, Goddess Siddhidatri wears white clothing. Siddhidatri is a Goddess of knowledge and attracts her followers with her melodious voice.

According to the tale, Lord Shiva was only able to achieve the siddhis with the help of Goddess Siddhidatri. Half of Lord Shiva’s body belonged to her by the Goddess’s grace. That is how he came to be known as ‘Ardhanarishwar’ throughout the world. According to the Markendeya Purana, the eight siddhis that devotees can achieve if they worship her are Anima, Mahima, Garima, Laghima, Attainment, Prakamya, Ishitva, and Vashitva.

Goddess Bhagwati Durga appeared as Goddess Siddhidatri to destroy the demons’ dictatorship on Earth, uplift the Human world, and protect Dharm. The dissolution of this mother is a symbol of knowledge and prosperity. She is the one who will give every devotee the desired results and kill all types of demons. Mother Bhavgati Durga kills all the proud monsters from Pratipada to Navami. It results in the success of all devotees and humans, and the Goddess is known throughout the world as Siddhidatri.

Goddess Siddhidatri descends to grant the desires of all devotees, including the gods and goddess. It is the source of all good and the source of salvation. Because humans’ ultimate goal is to give in to the desire for redemption, she is known and worshipped as Siddhidatri. If she becomes happy, she bestows the siddhis on all devotees.

Siddhidatri, the Goddess Durga’s ninth vigraha, is worshipped and known throughout the world. It is usual to perform Stuti and worship Goddess Siddhidatri on the ninth day of Navratri. She is worshipped by humans as well as Gods, Demons, and Gandharva all over the world. Worshiping her opens doors to the eight siddhis of Nava Nidhi. For the benefit of their families, devotees should worship her with complete devotion and stay true to all of the worship rules. The worship regulations will remain the same as before. Self-control and devotion are also important in order to maintain complete purity.

This is a furious form of the Goddess, with an infinite amount of energy capable of destroying the enemy. The Trimurti (Brahma, Vishnu, and Mahesh) also worship this form. However, this means that if the Goddess is pleased with her devotee, no enemy will surround them. They will also receive the Trimurti’s energy. Their worship strengthens the sixth and eleventh bhava of the devotee’s horoscope. However, the third bhava has a lot of energy as well. Worshiping the mother in this form provides unique benefits if the enemy parties are harassing them or there is a court case.

Deepak Kumar is a professional Digital Marketer and business consultant to many startups. He loves to dig deep about business strategies, technology, fitness, automobiles, food, and travel. He is district level athlete as well. Connect with him on Linkedin for more.
PrevPreviousTop Chef 2022
NextOff-Shoulder Tops-Products details and FeaturesNext