The Last Village of India 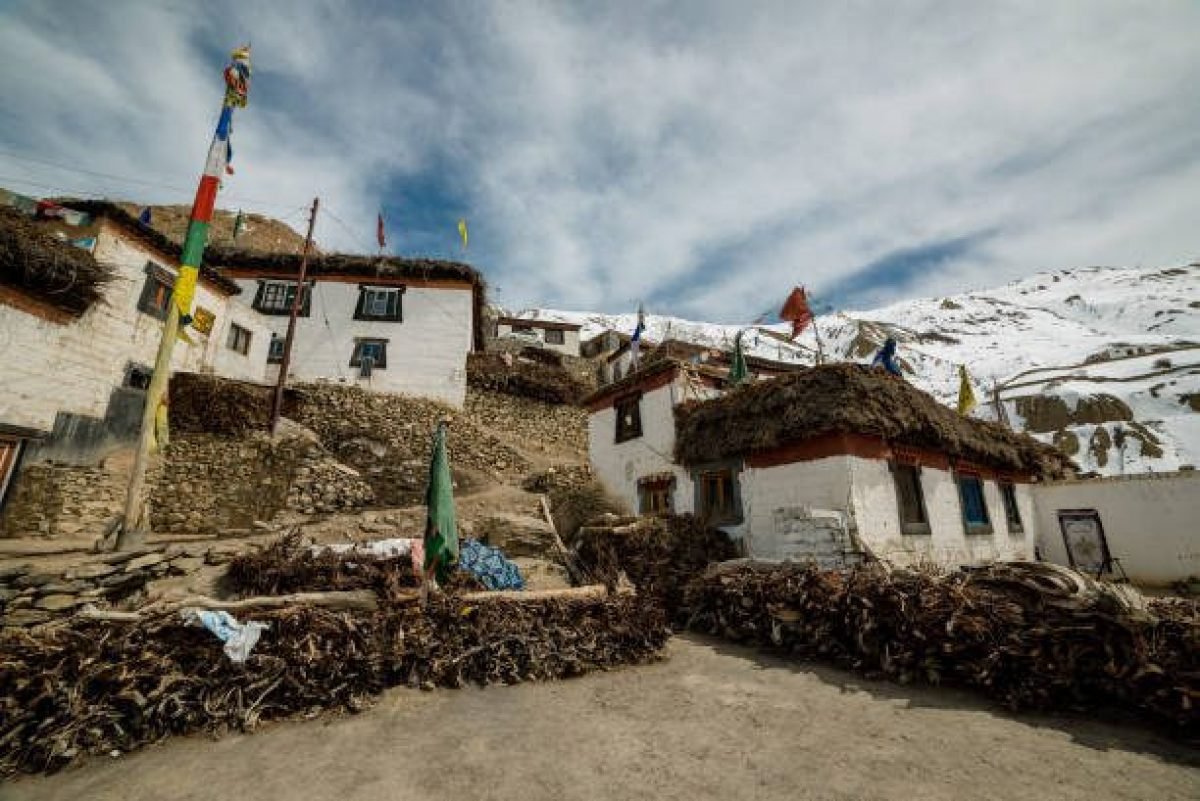 In the Himalayas, Mana is the final Indian village before the India-China border. It’s in Chamoli’s neighborhood. The Uttarakhand government has classified it as a “Tourism Village.” Mana hamlet, located 3 kilometers from Badrinath town, is one of the top tourist attractions around. The Sarasvati River runs through the settlement. It is 3219 meters high. Himalayan mountains surround the village.

Bhotias (Mongol Tribes) are the people who live there. The residents of this town live in modest houses that have been elegantly adorned and carved. Although, woolen clothes and fabrics (mostly made of sheep wool), shawls, caps, mufflers, ashan, pankhi (a small blanket made of sheep wool), carpets, and other items are all popular in Mana. Mana is also well-known for its potatoes and kidney beans.

Mana contains traces of the Hindu epic Mahabharata. During their way to heaven, the Pandavas are said to have passed through Mana. Near the River Saraswati, there is a famous stone bridge known as ‘Bheem Pool,’ which was built by Bheem (one of the five Pandavas brothers). It’s a massive rock that spans the Saraswati River.

In Mana, there are a number of different things to see and do.

The ‘Queen of Gharwal,’ Neelkanth Peak, rises to a height of roughly 6,597 meters above sea level. Moreover, from this vantage point, you can see Badrinath, which is a holy place. From here, one can view a lot of Brahmakamal. The temple of Badrinath is located above it.

A natural spring is thought to be Lord Agni’s residence. The Kund is thought to have healing potential and can treat a variety of skin problems. Many tourists come to this location throughout the year.

This temple represents Lord Narayan’s mother. Mata Murti, according to mythology, asked Lord Vishnu to become her son. Lord Vishnu answered her wish by giving birth to Nar and Narayan, twin brothers. In the month of August, the temple hosts its annual fair.

It is a waterfall located 9 kilometers from the Badrinath temple. It is thought that Pandavas uses this location as a stopover during their exile. The valley of the Vasudhara River offers magnificent vistas.

It is believed that Ved Vyas lived here while composing the four Vedas. A distinct feature of the temple is the roof which resembles the pages from Ved Vyas’s collection of his Holy Books. Although, there is a small shrine in the cave which represents Ved Vyas’s presence, which is 5000 years old.

Ganesha dictated Mahabharatha to Shri Ved Vyas at this location.

Bheem Pul is built near the Saraswati River by Bheem (one of the Pandavas’ five brothers). However, it’s a massive rock that serves as a bridge across the Saraswati River. According to legend, Bheem put the rock to allow Draupadi to cross the river on their path to heaven.

Famous Treks from the last Village of India (Mana)

Mana is a village located at an elevation of 3,200 meters in the Chamoli district of Uttarakhand, India. However, It’s roughly 3 kilometers from the Hindu pilgrimage site of Badrinath. This is an ideal location for trekking, and numerous trekking sports may be found here. There are several paths to choose from, including Mana to Vasudhara, Mana to Satopanth, and Mana to Mana Pass.

It takes two hours to walk from Mana to Vasudhara. During this incline walk, the vistas of the Vasudhara River Valley are breathtaking. It is a waterfall located 9 kilometers from the Badrinath temple. It is thought that Pandavas used this location as a stopover during their exile.

It is a mountain pass on the Indian-Tibetan border in the Himalayas. Mana Pass is the source of the Saraswati River, a tributary of the Alaknanda River and the longest stem of the Ganges tributaries, and contains the Deotal Lake from whence the Saraswati River begins from this last village if India. Moreover, civilians do not have permission to enter Mana Pass. Before entering in mana pass, you have to take permission from the authorities. The Army and the ITBP are the only ones who use the pass to transport supplies to border checkpoints. This pass provides breathtaking views of Chaukhamba, a Garhwal Himalayan Range high peak. Drivers can take in the splendour of Deotal Lake along the trip.

Coordinates of the last Village

Mana village, along with Badrinath and Joshimath towns, directly connects you to Haridwar / Rishikesh through NH-58. The nearest railhead is in Haridwar, which is around 275 kilometers away from the settlement. Although, you can take a bus or hire a taxi to Mana village from there. Haridwar is well connected to cities such as Delhi and Dehradun. The Jolly Grant Airport, which is located in Dehradun, is the closest airport. The distance between Mana and Dehradun is approximately 319 kilometers.

Also Read: Everything you should know about Mansa village

Deepak Kumar is a professional Digital Marketer and business consultant to many startups. He loves to dig deep about business strategies, technology, fitness, automobiles, food, and travel. He is district level athlete as well. Connect with him on Linkedin for more.
PrevPreviousThe Future of Media and Entertainment and OTT Platforms
NextHow to Rank on Instagram in 2022Next