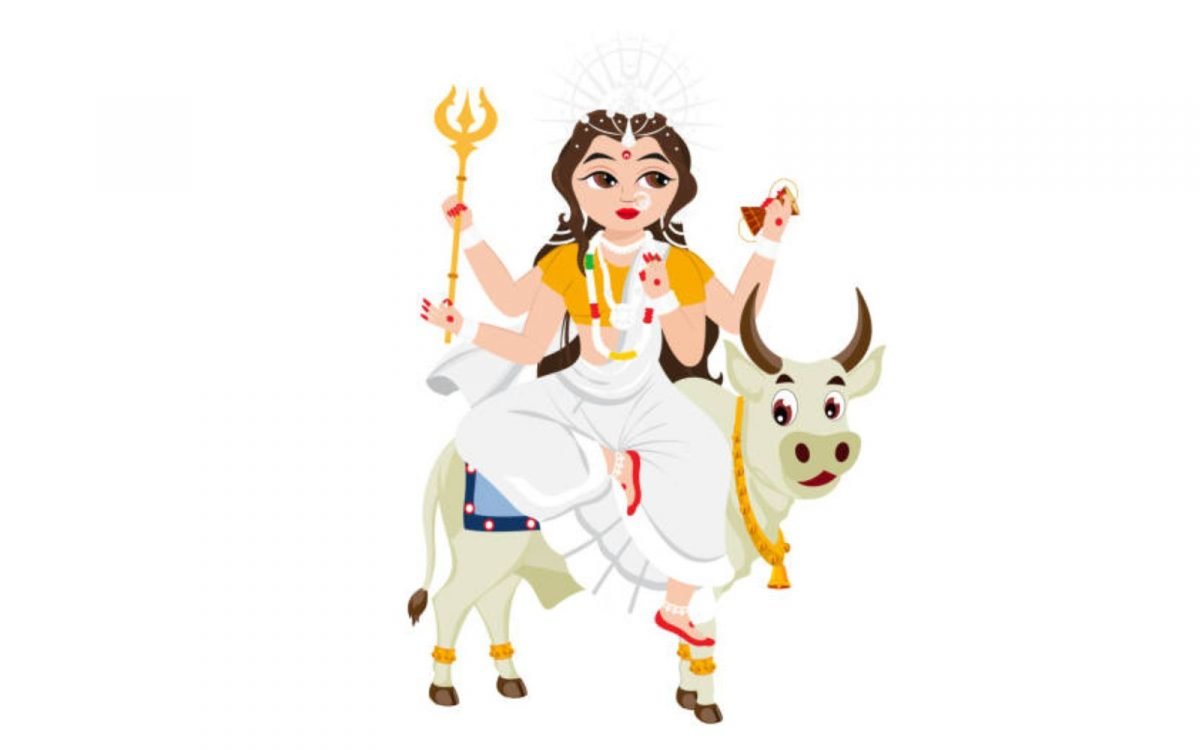 Ashtami is the eighth day of Navratri and is considered the most auspicious day. This day is also known for Maa Mahaguari. On this day, special rituals are performed in honor of the goddess Mahaguari. People fast throughout the day and pray to the goddess for peace and fortune.

On Ashtami night, aarti is performed to the Goddess Mahagauri at temples, and homes are decorated with diyaas or small lamps. Devotees worship and offer sweets to Mahagauri on this day. It is believed that by performing these rituals, devotees are liberated from all their negative energies and are blessed with peace, prosperity, and good health.

There are famous temples to visit on this Navratri, where devotees love to spend time and pray to the goddesses for good health and prosperity. As well as forgiveness for any sins that they have committed in life. They also seek their guidance and blessings in difficult times. As well as ask for their help and guidance in making important decisions that will help them to lead happy and fulfilled life.

Maa Mahagauri is the Hindu goddess of devotion and worship. The form of the Mother Goddess that Hindus believe in. She is considered to be the ideal goddess of life, love, and protection. She is the ideal of female energy in the universe. Also known as the mother of all the gods and goddesses in Hinduism.

Her symbol is the white lily, which represents purity, loyalty, hope, peace, prosperity, and stability. The white lily represents Lord Shiva, as it is also his favorite flower.

In the early hours of Ashtami morning, devotees get up early and bath in holy water. They are then dressed in new clothes and begin the puja rituals by worshipping the god. After the pujas, they break the fast and feast on langar, or a community meal cooked by volunteers at the temple.

Devotees do the 9-day fast where they avoid eating or drinking anything between sunrise and sunset, apart from milk, which is consumed every morning after sunrise. The fast is broken on the ashtami or navami according to the rituals which celebrate in our family.

Devotees also perform different types of rituals during these nine days, such as fasting, singing devotional songs, listening to prayers and other religious debates, and worshipping the goddess that is prayed to during this period. They traditionally wear new clothes and make donations to the poor and needy as part of the celebrations. People also prepare special food items that are offered to the goddess during her pujas, which are distributed among friends and family members. Navratri will be celebrated this year from the 26th of September to the 5th of October.

Kanya Pujan on the Eighth day of Navratri 2022

The ritual is performed on the Ashtami or Navami (8th or 9th day) of the festival, dedicated to Goddess Durga.
In India, this ritual is performed on the eighth day of Navaratri celebrations. The ritual is performed in homes, temples, and community halls and involves fasting. On this day, girls dressed mostly in red garments are worshipped as “Kanyas” and are offered food by family members.
According to popular beliefs, worshipping a girl child is considered promising and brings happiness to the household. Devotees worshipped girls as “kanyas” and offered food like halwa, puri, and chole to them.
In Hinduism, Kanya Puja has great importance. Devotees believe that it is a holy way to please the Divine Mother Devi, the goddess of power, wealth, beauty, fortune, and courage. These nine little girls are believed to symbolize chastity, purity, and innocence.

Ashtami is also worshipped like the rest of Navratri. In the same way, Maa Kaalratri is worshipped on the seventh day according to the classical method. The eighth day (Ashtami Tithi) should be worshiped. On this day, the mantra Om Devi Mahagauryai Namah should be chanted and a red chunari should be offered to the mother.

The Story of Maa Mahagauri

It is considered to be the most auspicious time for the puja and the worship of Mother Goddess Mahagauri. The worship of Mahagauri was developed in ancient times when she was known as Durga. It is said that the epic story of the Mahabharata took place during this particular period of Navratri. When Lord Krishna ordered all the Pandavas and their wife Draupadi to take shelter in the Himalayan mountains to avoid the anger of the gods after being defeated in the battle of Kurukshetra.

During this time, the Pandavas pray to Mother Goddess Mahagauri for strength and protection during their period of eviction. She appeared before them in the form of an eight-year-old girl in the guise of a sannyasi. Gave them the weapons they needed to defeat their enemies during the war. This is believed to be the origin of the annual festival of Navratri, dedicated to the worship of Mother Goddess Mahagauri. She is considered to be the mother of all living creatures.

Things to know about the festival

The highlight of the festival is the fast and daily worship of the goddesses. This is followed by the evening puja performed at the end of the tenth day, known as Vijayadashami.

During the evening puja, many idols of the goddess are placed on ceremonial platforms decorated with flowers and lights as people gather to witness this special event. The lamps that brighten these altars symbolize the light that protects and preserves devotees from the evil forces of the world. While the fire that consumes the wood placed in the firepits represents the divine light. That comes from within the hearts of those who truly believe in the power and goodwill of the goddesses.

The worship of Maa Mahagauri is very beneficial for the devotees. We should always take care of them. By their grace, supernatural acts are achieved. One should always meditate on his devotees by making the mind unite with a unique feeling.

The celebrations end with the darshan of Goddess Durga and blessings from her followers. The festival of Navratri is dedicated to the worship of Shakti or the feminine power within all of us.

Sanjeev Chauhan is a content creator for Healthy Life Human. He is a Digital Marketing Expert also likes to share latest information on technology, health, travel, business etc. He is very passionate about providing quality information to the online users. To find out more about Sanjeev, connect to him on LinkedIn
PrevPreviousChicken n Pickle: locations, facilities & activities
NextHeating Pad: Types and UsesNext