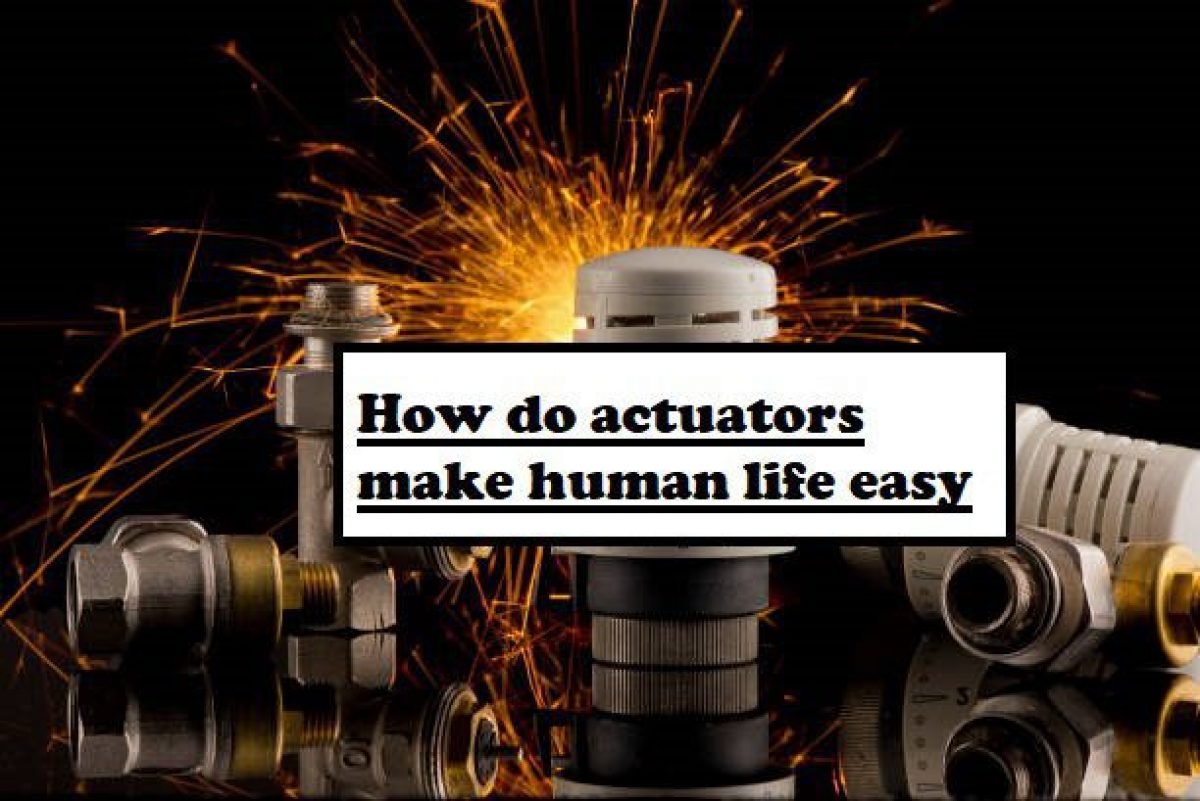 At home or at work, there’s probably not a day that goes by when you don’t use or come across an actuator.

An actuator, in the most basic sense, is a device that causes anything to move or work. Every day, every one of us makes use of at least one actuator.

When we go to the supermarket, the door automatically opens for us. An actuator opens the door.

Before we drive away in our car, we can move the car seat forward or backward. An actuator moves the seat.

An actuator is a device that can move things in a straight line, sometimes known as “linear.”

Also known as “rotary,” an actuator can allow something to move in a circular manner.

To put it another way, the actuator transforms an energy source into a physical-mechanical movement.

An actuator is a machine component that converts energy into motion and is capable of moving or directing a mechanism or system. It is the mechanism by which a control system interacts with its surroundings. It can be a straightforward system, such as a fixed or electronic system, or a software-based system, such as robot control.

However, actuators have become so commonly found in devices such as pumps, switches, and valves which means actuators make human life easy.

Basically, In every industry unit actuators are used in every appliance which is utilized in adaptive constructions.

Air, electricity, or liquid are the most common sources of motion. Actuators can produce linear, rotational, or oscillatory motion.

The classification of actuators is based on how they function.

The most obvious and fundamental classification of actuators is based on the motion they produce.

Meanwhile, Rotary actuators are those that have the ability to produce a circular motion at their output. When it comes to rotational motion, it’s difficult to imagine anything other than motors, which we’ll examine in the following section of this article.

a. Based on the direction

b. Based on the construction

However, linear actuators are those that can provide motion in a straight line as a result of their output. Whereas, the most common linear actuators used in the industry are hydraulic or pneumatic actuators. We’ll go through these devices in-depth as well.

Pneumatic actuators transform the energy created by a vacuum or high-pressure compressed air into linear or rotating motion. Because the power supply does not need to be stored in reserve, this type of actuator has a short response time. Pressure changes of a modest magnitude can cause large forces.

Actually, Hydraulic actuators are made up of a cylinder or a fluid motor that uses hydraulic power to operate mechanically. The motion might be linear, rotational, or oscillatory in nature. A cylinder is a hollow tube through which a piston can travel. Despite its slow speed, a hydraulic actuator can exert a lot of force since liquids are nearly impossible to compress.

A motor converts electrical energy into mechanical energy, which is used to power an electric actuator. Multi-turn valves, for example, are actuated by electrical energy. However, They have the advantage of being one of the cleanest types of actuators because they do not require any oil.

However, these actuators are typically small, light, and have a high power density. Moreover, thermal magnetic energy is being used to activate.

Hence, To execute the movement, a mechanical actuator converts rotating motion into linear motion. A rack and pinion mechanism is an example.

In the modern world, sliding doors are one of the most common examples of an actuator. The motion sensors provide input to the actuators used in sliding doors. Moreover, after the movement sensor, the actuator activates the sliding door panel.

Consequently, electric car seats are a classic example of actuator applications that can be easily observed. However, electrically powered motors are used to modify the position of the automobile seat.

Moreover, an electrical signal is directly sent to the motor after circuit completion. The motor serves as an actuator, assisting in the control of seat movement.

However, I hope this post helps you to learn about actuators and how they help us to make our work easier. whereas you can also read related blogs on our website.

During the next few years, those that are currently under development will find their way into industries.

However, when compared to cutting-edge technologies such as Artificial Intelligence (AI), Blockchain, Internet of Things (IoT), 3D printing, and so on, developments in the domain receive minimal media attention.

Sanjeev Chauhan is a content creator for Healthy Life Human. He is a Digital Marketing Expert also likes to share latest information on technology, health, travel, business etc. He is very passionate about providing quality information to the online users. To find out more about Sanjeev, connect to him on LinkedIn
PrevPreviousCancer Patients Clinical Trial Dostarlimab Miracle Drug
NextAmazing Business Ideas with Solar PanelsNext