Why is Chicago called the windy city 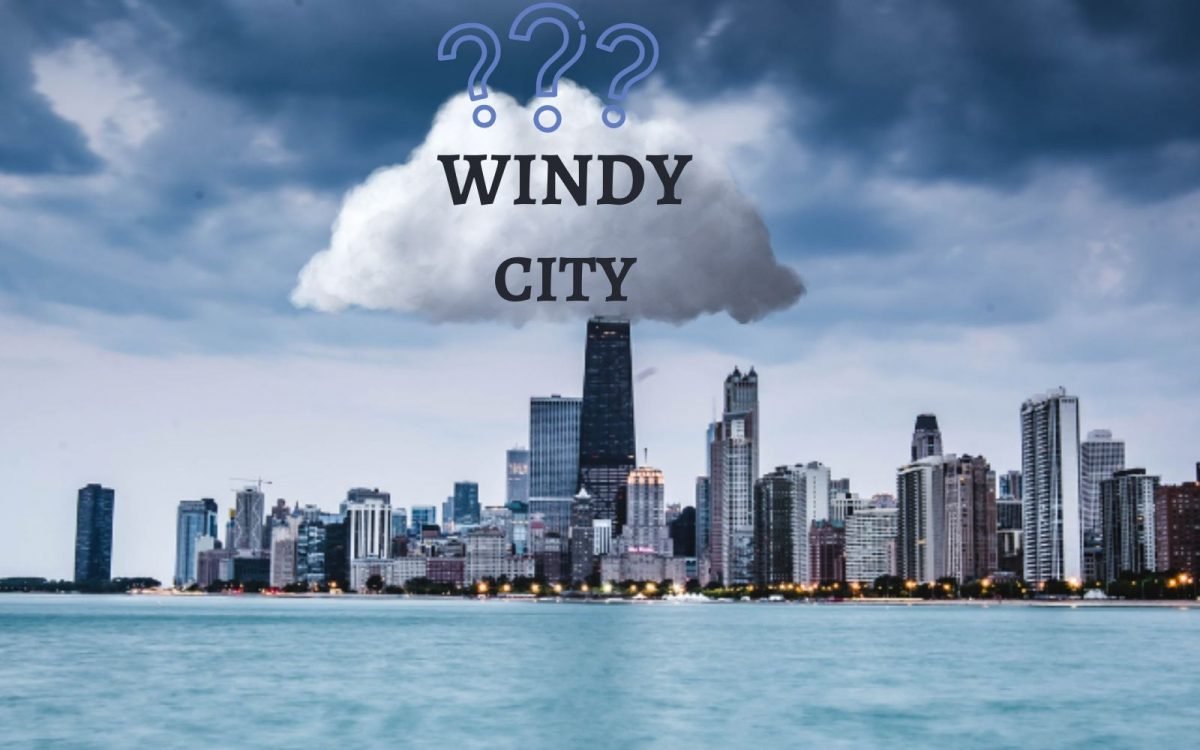 When you came to know the fact that Chicago is known as a windy city. The reason you may be thought was that this city is known to be windy because of the cold air coming from Lake Michigan situated in Chicago. But it’s not true. Chicago is not the windiest city at all.

In reality, Chicago is in the 73rd position out of the 275 cities in total. It’s not even close to the big cities like San Francisco, New York City, and Boston. So, the question arises why it is called as windy and why everybody uses these terms to describe Chicago.

Chicago is famous for the roughest winters out of all major American cities. It also gets regular high breezes in the city. But according to the above-mentioned data, it’s not that windy.

Origin of Chicago as Windy City

The word Chicago has come from the origins of native Americans. But this nickname has no relation to the weather patterns observations. The real reason behind this name is politics. Chicago is known by other names like ‘Garden city’ but this is given to it because of the high number of gardens and parks. Nicknames like these are more self-justified. But a ‘windy city’ is quite strange as there is no fact that will justify it.

So, this nickname doesn’t mean weather, it describes people. During the nineteenth century, for the first time, journalists gave this name to Chicago while criticizing the city’s upper class as “full of hot air”.

Also, in the April 1858 edition of the Chicago daily tribune, where a reporter wrote that

A hundred militia officers, from corporal to commander, condemned to air their vanity and feathers only for the dedication of the boys and servant girls in this windy city.

We are proud of Milwaukee because she is not overrun with a lazy police force as is Chicago-because her morals are better, and her taxes lighter in proportion to her valuation than Chicago, the windy city of the west.

To give it more specification, in 1866, a Cincinnati Times reporter also wrote in the publication of Chronicling America that

Chicago is a very windy town. There is probably more blow about that place than others in the world. In comparison to its ‘blowing speed,’ the dreaded Simoon is only Simoonshine.”

All these above-mentioned statements especially from Cincinnati are not based on the weather patterns. These statements are stated back then to give reference to elite or upper-class people like politicians and bankers. Who were always full of hot air and always trying to trick the regular citizens.

In 1867 also this nickname rivalry was repeated in the new york times but fights like these are not that normal. This is something that is never-ending and Cincinnati writers never lose the chance to make fun of Chicago. They just always taunt Chicago by saying ‘windy city’. Even when some disaster struck, they didn’t show any concern about the people, they just want to make Chicago at that time also.

After these publications, in 1890, Chicago participated in the world’s fair and he is against New york. Then, an editor named Charles A Dana write against Chicago that why new york is better than Chicago. In this publication, he wrote that

Everyone should ignore the nonsensical claims about the windy city.

But Chicago won that tag. But this publication makes this claim of a windy city even more popular. Both Chicago public library and the Chicago Historical Society mainly say that this is the main reference that popularises this nickname.

Many believed that Dana is the main reason behind this name but some believe that there are other publications also which posted about this many years ago. The origin of the name has different meanings. Also, the historical society of Chicago public library claims that later in 1993 the Chicago Tribune article also make fun of Chicago by saying

Chicago dubbed ‘windy’ in the fight of fair of 93’.

Many people believe that Dana’s story was not all true because we have mentioned how earlier also it was named like this. So, whether we accept it or not, the city has had this nickname for years and this city is no doubt embracing this nickname.

Chicago as tourism industry has grown a lot and side by side it is using this phrase of ‘windy city as a promotion of its own. And it’s a good thing if because Chicago is famous for summer vacations and everyone wants to visit a place where the cold wind blows despite the fact it is not true in any way.

I know many people may visit Chicago due to this phrase of the windy city. Everyone wants to enjoy their summer vacation. But if you visit Chicago on a vacation you will definitely get good weather. Not because of the phrase but because of Lake Michigan which is capable of providing cooling to the sunbathers.

There is a fact that many people may be thinking that this is not right to use this phrase to mislead people. But this is also true that this phrase is not created in the past for misleading. It is created for political reasons but now no doubt it has been used for publicity, especially in summer. Whatever political reasons are included in this making of the name. But now Chicago is using it for marketing which is somewhat right or wrong at the same time.

It happened to us many times that we saw some advertisements and reviews or phrases like these. And make a state of mind that this must be true. Digging deep into it makes us understand why it is called this. And what actually happened so that it got this name? The curiosity of these phrases makes me realize how a phrase or name given in the past is making the identity in the present. And mainly it was helping Chicago grow as a tourism industry.

Priyanshi Arora is a content editor for Healthy life human covering the topics related to health and lifestyle. She believes in having a positive attitude toward life reflects a healthy lifestyle. She has helped many people by providing valuable content related to their daily basic needs. To know more, connect with her on Linkdln.
PrevPreviousWhy Do My Eyes Hurt
NextBest Drugstore ShampooNext