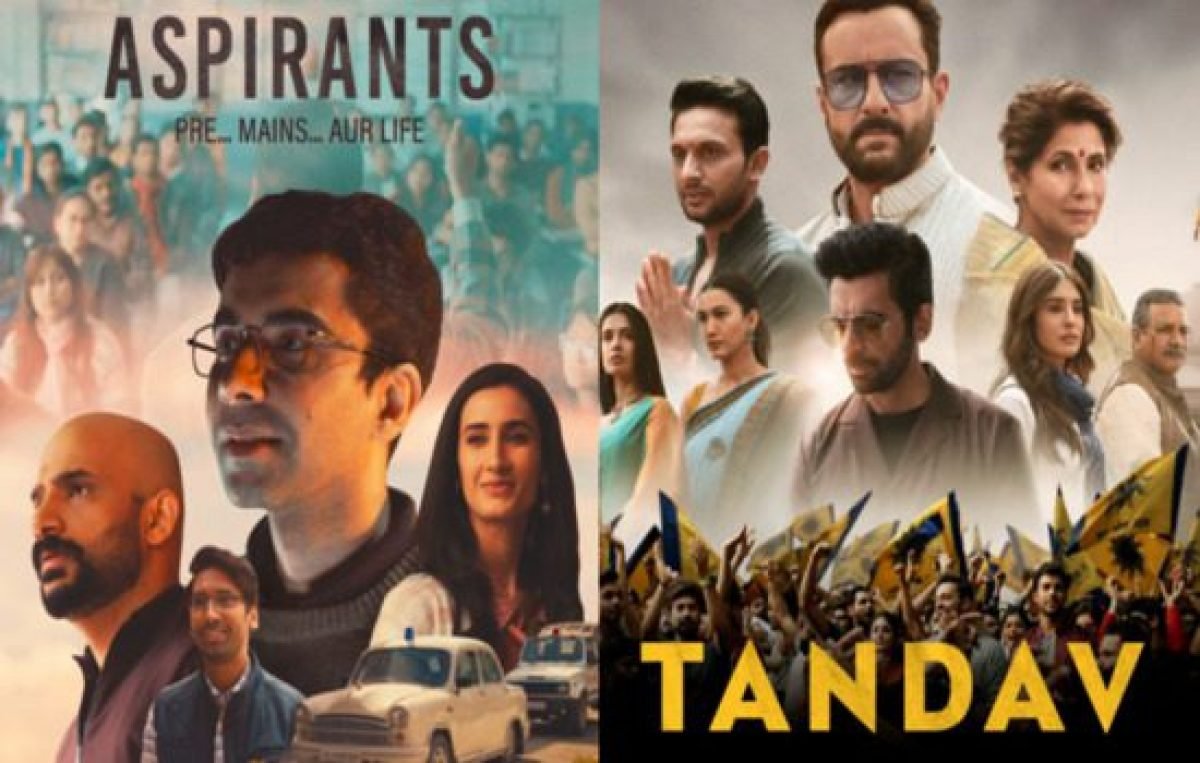 Nowadays youth of India is moving towards Web Series Eliminating the Bollywood Industry. Many reasons can be seen which are responsible for the failure of the Bollywood Industry as we can see many Bollywood movies are going flop and not even generating revenue to overcome their movie overall budget. In this case, many directors and producers are also experimenting with actors, and stories but not getting much output as per their expectations.

Web series has become the first priority of the young generation when it comes to watching any movie show or television drama and also Bollywood is also in the race of replacing Bollywood lover their Bollywood Industry by giving such big blockbusters back to back as per situations so many things to discuss with all of you guys like what are the main factors behind the failures o0f Bollywood industry, and what mistakes they have done, what Indian people now think about Bollywood, Nepotism and so many things.

So Web series are based on episodes with such a comfortable time duration each episode so that if a person decided to watch an episode it will not make him feel like a bore and at the end of each episode there must be suspense which pushes that person to defiantly go for next episode too so it feels amazing to watch videos like this and Nowadays especially young generation of India is bored with daily television melodrama, Saa- Bahu things and movies with the complete ending and here Bollywood is getting fail to produce for the youth preferences.

The first point is Bollywood Content, Bollywood has just dived into the western Industry now they do not consider the Bollywood industry as an Indian industry, it is like they will bring westernization, they think for the name of feminism we will make our actresses consume cigarettes, alcohol in movies.

The next point is In Bollywood they just make a movie and at the end wind up with the climax but  In Web series, they make it in a way that each and every episode bring different experience with suspense so that people create interest to watch the next episode to know what will happen at last that means web series does not have a climax or ending so keep on going people love to watch the things which they used to, I mean the movie is just 90 to 150 min but web series is like the proper story which is not going to end easily and people become used to and if I say their main target is to make their web series first part blockbuster that it will remain in the mind and mouth of people so that they can make next season too.

They consider the practical and real based problems and stories that people are aware of before that people face hence audience connects and relates emotions and feeling very easily with the story also for making the story more realistic they take local areas like proper raw locations and set and also uses raw slang and accent so that audience feels like these people in web series are like us basically it’s all about relating the things with your real life.

And if I would like to tell something from my personal opinion is nowadays I accept web series is very trending and giving very good stories and people are also liking but I become the trend to watch web series for many youths like it’s platforms, Netflix, Amazon prime, Hotstar so it becomes the cool thing for youth to have a membership of this platforms so as a result they become habitual of quality content and come to know Bollywood is not much better and they avoid to watch Bollywood and nowadays youth is loving to watch web series because it is more realistic not shows any fakeness.

Also Read:- The Best Hollywood Action Movies Of All Time

Bollywood just went beyond our Indian culture and regions

And if we talk about the south industry and web series they just bring content that is connect with regional ethics and bring content that can be easily relatable to our society and a person can relate to every moment or scene with his day-to-day life or with his experiences. Like if we watch web series they just fire the moment like they use our local locations of the country, states, and also use the local language slang which can be easily hearable in daily life so all these things are very basic to connect your audience with you.

Look I know only two things if you want that people start loving you and support you just have to do two things give them emotional touch to which they can relate and feel like they have also faced all this or have to face all this or make them laugh they never before so that for a while they just come out their depressed or tensed phase so all these things in a life of human being matter the most where they can relate the things they want to share with the people also but they can’t but through that web series or movie someone is bringing awareness on that particular topic or problem.

On the other hand, Bollywood is just trying to make movies just for a release purpose that is why they are facing failure, and other most important thing Bollywood is facing is Nepotism which means every second movie is like an actor or co-actor is a celebrity son or daughter so it is a natural thing every son or daughter can not be like his father or mother so they just gave their children a chance so which also bring negative thoughts in a person mind.

I am not refusing that bringing your children on a platform where they can earn better or do better is bad but I only say is if you are launching your child at least he/she must have talent capability to do and also they do not give chances to talented actors if they think that artist may make his space and doing better and just try to bring them down so that their career graph goes down by not providing them the opportunities.

Bollywood thinks that we have an actor son. And we have a very good budget just make a movie with it and it will work. Nothing is new in this give a chance to the fresh talent they might give you the blockbuster. But no they just think everything is name and fame. So I would like to say the very wrong approach to launch an artist.

I mean what do you understand about the movie? The movie is like a story. Firstly we have to find out a very good story, and then we have to find an artist. Which is accordingly fit for that role but not in Bollywood. They firstly decide on an actor or then they make the story accordingly.

In web series, people connect with them and how raw their acting is. It seems like they do not need any script or acting classes, they have acting skills in their blood itself. Which is seriously very attractive and genuine. The best thing about web series. I personally felt that they have a desi and raw accent and slang to use. Which is very relatable and they make stories in many episodes. Which also excite people to watch for more and with the pre-planned mind to watch it fully.

Before it, Bollywood thought that we are on top whatever we will release people will like it and watch it. But sorry it is not at all like that because before people do not have alternatives. But we can say that better options to watch, and the public did not have a choice. Now many web series with multiple languages and subtitles are released. So people from any state of a country can understand. Which Bollywood is not using before at all. But south movies and web series bring this multiple language dubbed options with proper subtitles. So that everyone can enjoy and watch.

So always keep in mind changes are necessary for life which Bollywood does not bring. Always think about what our audiences want rather than thinking like whatever we will release public will accept and start watching. Tastes and preferences also change according to time and scenario.

We see another side like web series or south. There I am not refusing that they do not launch their child. But people do not know that actor is a child of that senior actor. Because they have come out of that zone with very good talent and capability. People know them because of their talent not because of their father. Any other approach they have just started and make their space in that competitive industry.

Bollywood failure is also because of celebrity behavior. Because we always come to hear like this celebrity has arrested in that case, drug case, murder case, etc. This celebrity has involved with this gang and he is behaving like this. Like they are always stuck in controversies and many more things. So all these things also bring a negative impact on a person’s life for others. On the other hand, if we see web series actors or south actors. They are like the family man they are never been in any kind of controversy. They are very humble in real life too so the person’s personality. And how he is in real life as compared to reel life is very important for the audience who especially follows you and support you always.

Bollywood invests more in production but never focuses on the very important thing which is the story. If you ever observe we always come to hear this actor of Bollywood is charging that much of amount. They have huge budget ever but never focus on stories. But web series and south have overtaken them because of their storyline.

According to me, People should continue watching web series. Because these are more realistic and real stories based we feel emotions and relate ourselves to the story. And Bollywood is not producing at that level youth is liking web series but losing interest in Bollywood. And people are loving to watch fresh talent who is obviously launching in web series. Because their acting skills are very raw and genuine.

Rahul Rajput is contributing as a content writer to Healthy Life Human. His focus areas include SEO strategy, Google Ads, content marketing etc. He shares information on various topics related to health, lifestyle, fitness, education, career, business etc. He believes in providing information and knowledge to people that can add values to the their lives. He is very passionate about his health and do workout on daily basis. Connect with Rahul Rajput on Linkedin
PrevPreviousHealthy Daily Routine with Ayurveda
NextWhy YouTube Thumbnail is necessaryNext