Top Travel Destinations in the world for People Who Love Animals 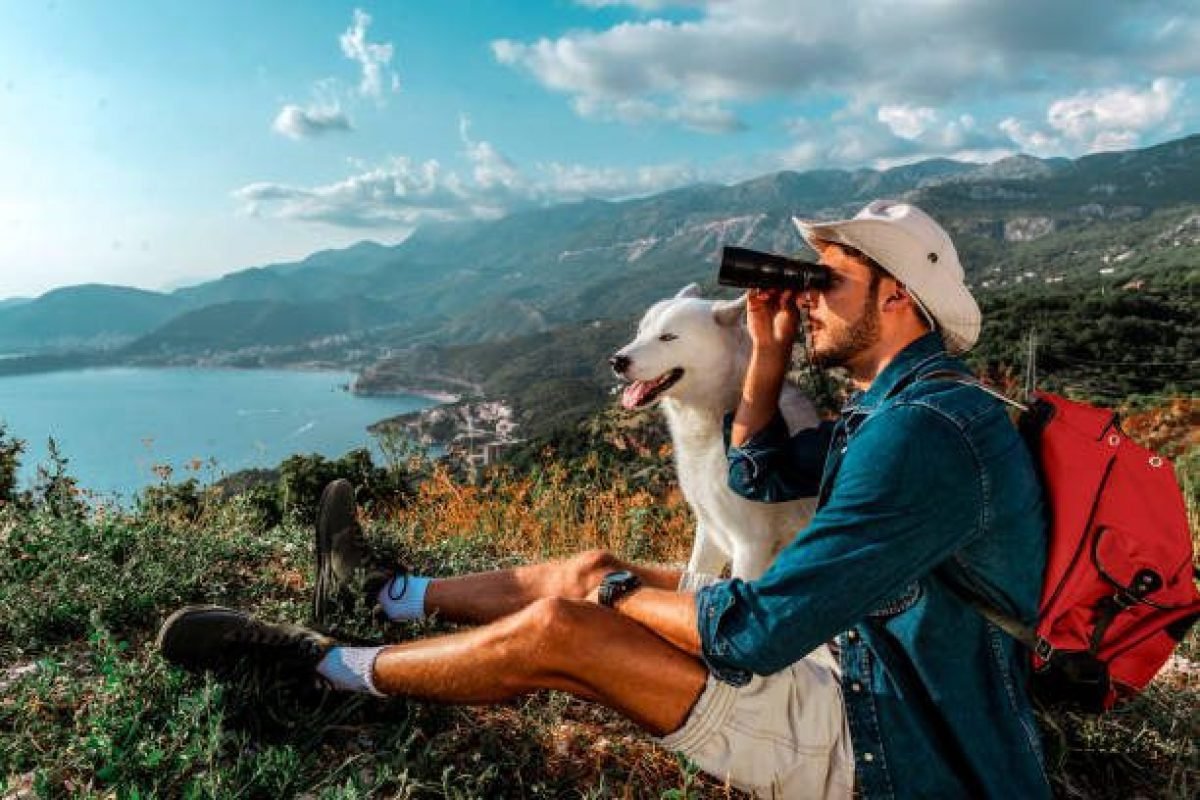 Traveling and spending time with animals is a little slice of heaven for those who adore them. There are many travel destinations for people who love animals or where animals are the main attraction, attracting international visitors who want to see, touch and play with them. However, exploitation of animals, putting them in stressful situations, and even torturing them, is a major issues with animal tourism.

Of course, people who truly care about animals will avoid these places and only interact with them in a natural and stress-free environment. Do you want to know where the best travel destinations are for the people who love animals to interact ethically and not contribute to their exploitation? Then you’ve arrived at the right place! Here are some of the top travel destinations for people who love spending time with animals!

If you are interested in Primates then there is no better destination than Borneo. It is the third largest island in the world and is divided into the nations of Malaysia, Indonesia, and Brunei. If we are being honest here, it is really the orangutans and gibbons that rule the land here in Danum valley. As you explore the dense rainforests, the nature sounds can be more soothing to your ears. You have truly adventured into the animal kingdom and if you have the right guide, it is not hard to find out the gibbons and orangutans amongst the trees. Always remember this is their natural territory, you have to maintain a respectful distance. It is not about primate sightings; they also offer the home to countless fascinating creatures. It is also famous for Sumatran rhinos, Cloud leopards, Flying squirrels, and Tarsiers.

Costa Rica is a central American country that attracts travelers from all around the world with its natural wilderness. It is actually considered a leader in terms of sustainability and eco-tourism having been at the forefront of the industry dating back to the early 90s from surfing along the coast to backcountry treks in the rainforest of Costa Rica. It offers abundant adventure opportunities while the colorful wildlife of the country is seemingly hiding around every corner. Corcovado National Park is without any doubt the best place for those who want to marvel at the local fauna. The national park is home to an estimated 400 species of birds while its shoreline plays host to sea turtles in the nesting season. Cordova is also home to black-handed spider monkeys, Tapis howler monkeys, Whiteface capuchins, and Squirrel monkeys.

Alaska is an American northernmost state that might not be the most obvious choice for your next great adventure, especially when compared to costa Rica or Borneo as the weather condition here certainly does not do any favors. But due to the scarce population and dramatic landscape. It remains one of the wildest and most untarnished natural spaces in North America. The environment is full of an impressive array of big and small creatures. Here, you can also see a majestic eagle soaring above along the coast bowhead and beluga whales come to the surface while grizzly bears frolic in the rivers attempting to snatch salmon black bears. Polar bears can also be seen as well as bison wolves, musk ox, moose, caribou and more.

If you love winters, Norway is another great option while the capital city of Oslo makes for a modern and culturally enriching experience. You need not travel far destinations to explore nature and animals to immerse yourself. There are outdoor adventures to be had all across the countryside but to explore wildlife you have got to head to the frozen islands of Svalbard. This land arguably belongs to the polar bears first and second people considered to be among the most impressive and pristine stretches of backcountry in Europe. Svalbard is also a great place to spot Walruses seals, reindeer, and arctic foxes.

The harsh environment here is populated by the most impressive survivors who dealt with these extreme climatic conditions. On the other hand, Svalbard is home to orcs those who want to prioritize penguins may want to visit the opposite end of the globe and head south to Antarctica which is another great option for wildlife lovers.

India is categorized as the most populated country in the world. You will be thinking that how it is possible to find wildlife in a country like India. But here you are wrong as densely populated, it has the undisturbed or we can say protected land. That protects and conserves the fascinating wildlife creatures because of its varied landscape.

This country boasts an impressive level of biodiversity that includes many iconic species depending on where in the country you are traveling and how long you are staying so that you can see everything starting from an Indian peacock to an endangered Bengal Tiger. You can see the endangered Bengal tiger by visiting Jim Corbett National Park, which is a great place for wildlife sightings. It is not only the home for the rare aforementioned big cats but also famous for Indian elephants, crocodiles, otters, sloth bears, penguins, and more.

Seeing animals in their natural habitat is always an enriching experience. But seeing animals that literally cannot be found anywhere else in nature that is truly special cut off mainland Africa. That is, 250 miles from the coast Madagascar broke away from the rest of the continent. Approximately 88 million years ago during that time the flora and fauna charted unique evolutionary paths. Today it is estimated that 90 of the islands are exclusively wildlife to Madagascar. That makes it truly unforgettable about the rainforests. Teeming with strange and wonderful creatures including 10 known species of lima the sheer variety of birds that call Madagascar home is overwhelming. While the bug and reptile species are similarly awe-inspiring both in terms of their variety and unique characteristics.

When most people think of a desert environment, the images that click in my mind will be typically devoid of life except for perhaps the odd cactus or scorpion scuttling by while. These dry climates are certainly challenging many of them actually play as a host to a surprising array of creatures Kalahari Desert of Namibia is a prime example encompassing over 3,50,000 square miles of land in southern Africa. This sandy Savannah is characterized by red sand dunes acacia trees and various types of grass depending upon the season and weather.  However, an awe-inspiring collection of creatures can be spotted. The meerkat is perhaps the most iconic resident of the Kalahari Desert. It is also home to wild dogs and oryx after rainfall the desert is completely transformed attracting everything from elephants to hyenas and lions.

Being such a large and diverse country Mexico has a wide range of environments to explore each with its own unique collection of wildlife. If there is one area that stands out as an absolute must-visit however it is the sea of Cortez. It is also known as the gulf of California or the vermillion sea. This patch of Pacific Ocean is absolutely life bordered by the Mexican mainland on one side and Baja California on the other. The sea of Cortez is a fantastic place for whale watching. Here you can see humpback whales, California Gray whales, killer whales, fin whales, sperm whales, and blue whales.

This remarkable body of water is also home to a number of endemic species. It includes the endangered vaquita porpoise, sea turtles, and countless varieties of fish and sea birds. You can get a mesmerizing wildlife experience.

Galapagos islands sometimes feel like an alien world located approximately 560 miles off the coast of mainland Ecuador. This collection of 21 volcanic islands evolved separately from the rest of the world. When the landmass formed approximately five million years ago. The flora and fauna struck out on a unique trajectory. They have made it one of the best places to study and understand evolution. Many life forms there arrived by air or sea. But once they arrived, they had millions of years to adapt to this specific and isolated environment. Today the islands are home to a number of endemic species. In fact, the hyper localization of the animals goes further with a number of them that can exclusively see on one of the Galapagos islands. Some of the most famous inhabitants include the giant tortoise, penguins, sea lions, lava lizards, and marine iguanas.

If you are looking for the ultimate wildlife experience, there is really nothing that can compare to a wildlife safari in Africa. While various countries and environments across the continent have great options that are worth exploring the Serengeti is really without equal. It is a gem and one of the greatest natural treasures of the earth. The region encompasses both Serengeti national park and a number of smaller reserves extending from Tanzania to Kenya. It is rightfully named among the 10 natural travel wonders of the world. It is covering approximately 12000 square miles of land. The Serengeti is home to a wide array of incredible creatures including elephants, leopards, giraffes, lions, cheetahs, and crocodiles.

It is also the site of the great migration in Africa. This annual event which attracts travelers from around the globe sees millions of creatures. It includes wildebeest gazelle and zebra travel from the southern Serengeti to Kenya, Masai Rama. It is truly a sight to behold.

As an animal lover, no matter where you go or what animals you see, these are wild animals. Please don’t handle, feed, or interfere with any wild animals because they’ve adapted to life in their environment. While your intentions may be good, they may have a negative impact on them. Also, if you need an image with or of an animal, please make sure you’re at a safe distance from it. Explore and share your experiences about these travel destinations with the people who love animals.

Priyanshi Arora is a content editor for Healthy life human covering the topics related to health and lifestyle. She believes in having a positive attitude toward life reflects a healthy lifestyle. She has helped many people by providing valuable content related to their daily basic needs. To know more, connect with her on Linkdln.
PrevPreviousNatural Foods Advice to Loss Weight
NextCalcium requirements and its natural resourcesNext