Gaming Addiction-All You Must Know About Negative Impact 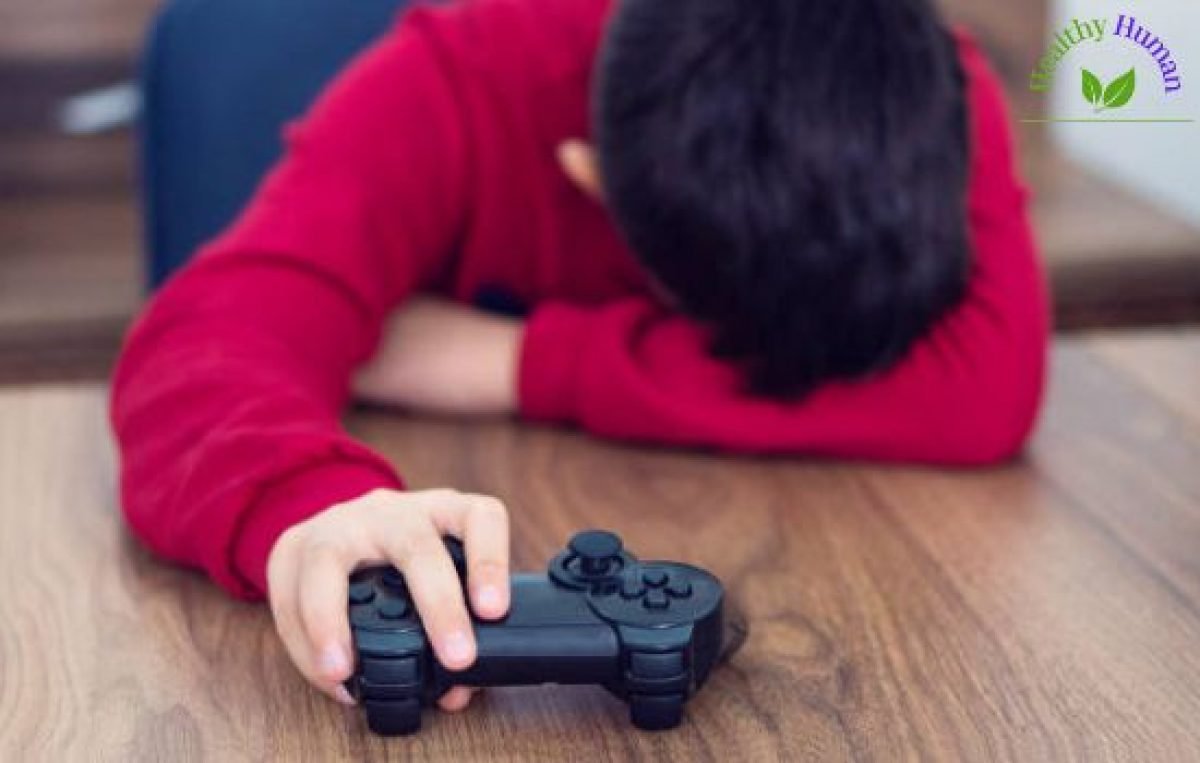 Our youth is just diving into this gaming addiction and it causing mental disorder. They almost used to spend an average of 5 hours a day which means they at least play 5 hours. They do not eat properly and also do not take bath for a long. So it is really becoming a serious issue for our youth that they are becoming addicted to video games etc. The negative impact and how can you overcome this addiction also.

Now many people think that is why I am defaming the game and why I am saying negative about the game. But it is not like playing games is not wrong at all excessive doses of anything harm our health.

It is like if you are playing a game in between you have to leave the game due for any reason. Let’s say your mom is saying you for some work which is important also. So in this situation does leaving the game affect you, will you feel bad to leave the game? Will you refuse? Or will do after some time. Your mind is pushing you to go for playing games again and again. And you do not want to lose the pleasure you are getting from the game so it is called an addiction or psychosis.

Gaming Addiction A Topic Of Concern

Playing excessive video games is actually a mental disorder WHO also accepted this and stated this it is actually increasing day by day that students are not to school because of this gaming addiction and they do not want to get socialize and talk with people, many are committing suicide and also many of them threatening their parents and also stealing their parent’s money to play all these games.

And many doctors across the world also acknowledge that many patients come with this type of gaming addiction or mental disorder it is the same as having cigarette addiction.

Everyone loves to play games I also play sometimes but it’s not mean that you have only one motive in life to play do not make an addiction to it and do not stop or forget to live life in a healthy way.

We can easily see a decrease or change in social behavior or a change in school college performance that they are spending more than five hours a day playing you know these smartphone video games.

Many countries also become very concerned about this fact. That a lot of young men and young women were becoming very addicted to this game called Pub G. And people who play this game feel the digital world is far more engaging and positive than their actual life. So the suicide rates are increasing among these young men. And in some cases, they are developing a gaming psychosis where they felt that if had killed themselves they could live on forever in this other second life.

Also Read:- How to Practice Meditation

Approaches To Deal With Gaming Addiction

But we can work with the person to make them off and also there are certain places that you can go to send your child if they really are super addicted to video games they basically take an approach which is to you know take away the games completely from the child’s life and make them engage and try to help them find other things that would make them engaged and then and the deal is when they come back to home those video games or access to video games have gone.

The negative impacts of video games can have an influence on your physical and mental health and cause mental disorder, or both. It is critical to remember that each person will experience symptoms differently, but gaming condition is known to cause a variety of symptoms.

Excessive usage of video games, as with most addictions, is frequently the cause of these symptoms. The more you play, the more you disregard other important elements of your life, such as your social life, profession, family, mental health, and physical health.

The Effects of Gaming on Physical Health

Spending hours each day in front of a computer playing video games might have serious consequences for your physical health.

When you spend the majority of your time glued to a computer, it’s easy to forget to eat regular meals, drink water, exercise, and take care of your general health.

There are people who are serious gamers right it is like they enjoy they have friends that they engage with and there is nothing wrong with that as long as they have other things that they have engaged in and that gameplay is not interfering with work school and other social activities.

So this is not good at all our youth is going on the wrong track rather focus on the career they are focusing on playing games and threatening and stealing parents’ money and if their parents try to stop them from playing this kind of addictive game so children think that their parents are torcher them and they get frustrated and commit suicide so its prove that it becomes mental disorder or a real concern.

The following are some of the most common harmful physical symptoms of gaming addiction:

Hours of gaming each day frequently result in less sleep, particularly if you play late at night or with gamer pals from different time zones. It is all too simple to play “just one more game,” resulting in “just one less hour of sleep.” Excessive gaming might result in poor sleep hygiene and other negative physical health consequences.

Also Read:- Things You Should Never Tell Your Girlfriend

When you play video games for several hours, you forget to eat, drink, and stay healthy. Your body cannot function properly unless it receives the right nutrients and fluids.

Dehydration will cause migraines, and a poor diet will result in muscle loss. Long-term, a bad diet can cause more serious health problems, such as irritable bowel syndrome, celiac disease, and, in severe circumstances, cancer.

Because of your gaming habits, you will feel negative side effects if you fail to consume three meals a day or drink at least 2-3 liters of water.

The less you move and exercise, the more your body suffers. Weight gain, muscle loss, stiff joints, and bad posture are common examples.

Sitting in the same posture for most of the day can have serious effects on your physical health, such as chronic headaches and neck and back pain.

Gaming necessitates focus and concentration; it necessitates your undivided attention. However, the more you play or grow consumed with gaming, the more difficult it becomes to focus on other responsibilities such as homework or your employment.

Pre-occupation is a symptom of gaming mental disorder, which implies you are always thinking about games even when you are not playing and have difficulties focusing on other tasks.

The Effects of Gaming on Mental Health

Playing violent video games does not increase a person’s hatred.

Several studies have found that when we play video games, our amygdala calms down, causing us to repress our emotions.

Excessive gaming, according to research, can lead to poor emotional management. Anxiety, despair, and violence are all symptoms of poor emotional regulation.

The studies on this subject are not yet comprehensive. Because there is still controversy about whether gaming directly promotes depression and social anxiety.

The study discovered that gamers played video games for more than 2 hours per day. They had a considerably higher risk of developing depressive symptoms.

Lack of Motivation and Dopamine Addiction

Gaming addicts frequently claim a lack of enthusiasm to engage in things other than gaming. Gaming is a highly stimulating hobby that might be more interesting than traditional pastimes.

This problem could be related to how your brain reacts to the dopamine rush you get from playing video games. When you play video games, your brain begins to manufacture huge levels of dopamine, the neurotransmitter that causes pleasure.

However, if you play for extended periods of time. Your brain may become accustomed to the rush of dopamine and high levels of stimulation. It may cause you to lose interest in less exciting hobbies. When gaming becomes the only enjoyable activity for your brain.

Rahul Rajput is contributing as a content writer to Healthy Life Human. His focus areas include SEO strategy, Google Ads, content marketing etc. He shares information on various topics related to health, lifestyle, fitness, education, career, business etc. He believes in providing information and knowledge to people that can add values to the their lives. He is very passionate about his health and do workout on daily basis. Connect with Rahul Rajput on Linkedin
PrevPreviousFuture of Healthcare: Medicine, Digital Health, Robotics
Next9 best Kufri Hill Station places to visitNext