Foods and drinks that help in quitting smoking 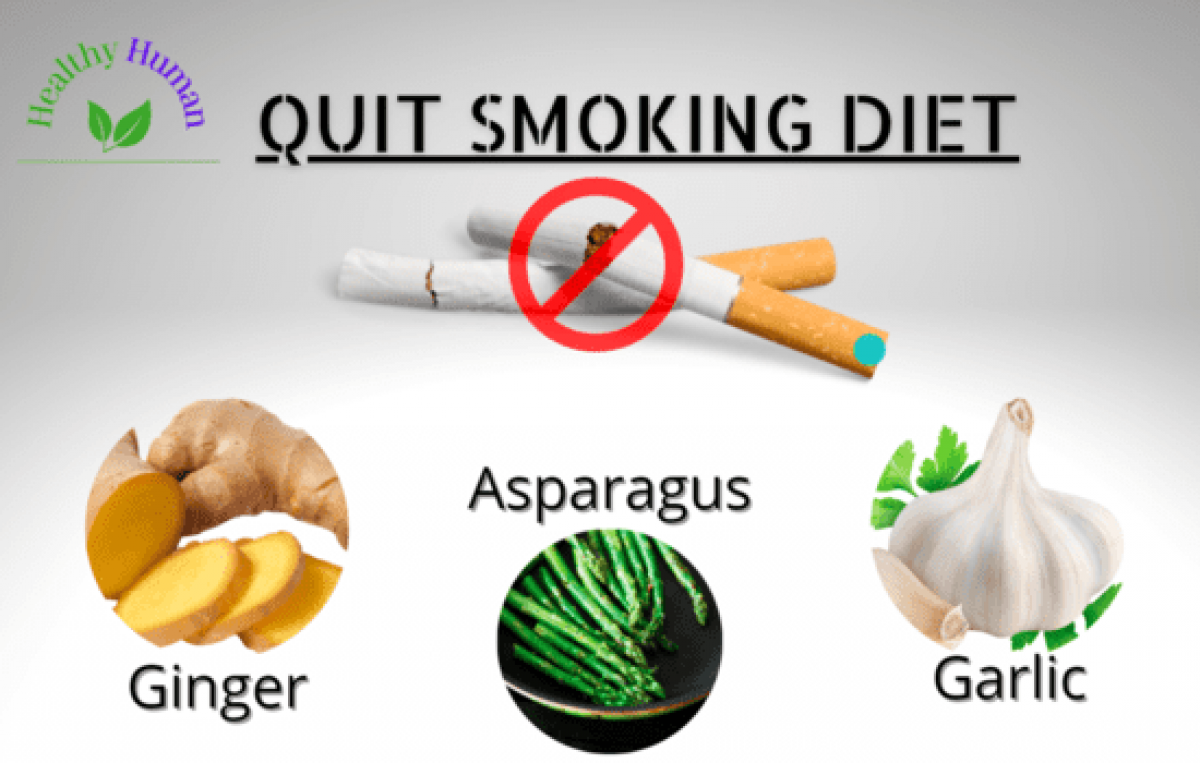 Quitting smoking is difficult, but there are a number of things you can do to avoid serious cravings and stay smoke-free. Although studies on this topic are restricted, many smokers claim that certain foods and beverages can help them avoid cravings.

There are a variety of resources available to help you quit smoking. Everyone appears to have a recommendation for helping you stay cigarette-free, running from practical advice to help you deal with the psychological components of cravings to evidence-based quitting techniques like pharmaceuticals and nicotine replacement therapy. Some ideas are more popular than others, and most smokers wouldn’t consider their food or drink as a potential help or hindrance when attempting to quit, but some research – and smokers’ experiences – suggests they could be.

Food you should consume to quitting smoking

Foods can also help you to quit smoking. Some of them are mentioned below.

Cinnamon sticks help with reducing the desire to smoke by providing a strong flavour and spicy aroma that intoxicates two of your most vital senses: smell and taste. Not only that but chewing cinnamon-flavoured gum is also recommended as a technique to effectively avoid smoking.

Smoking produces a deficit of Vitamin C in the body, which can wreak havoc on the immune system. Kiwi not only restores Vitamin C levels, but it also aids in the removal of nicotine from the body. Kiwi can be eaten as a snack or blended into a smoothie to keep your body hydrated.

Ginseng Tea is one of the most powerful anti-smoking beverages that can assist you in stopping smoking. When you smoke, your brain releases dopamine (a neurotransmitter associated with pleasure), which gives you an even greater sense of pleasure and contentment. By lowering the action of dopamine, ginseng aids in the reduction of nicotine addiction.

Dairy products were found to be one of the foods and drinks that make cigarettes taste worse, so drinking milk or eating yoghurt could be a helpful idea if you’re battling with cravings or attempting to quit smoking.

Foods that interact with the taste of cigarettes and make smoking enjoyable were studied on a group of 209 smokers in a study published in the journal Nicotine & Tobacco Research. The list was topped by dairy items. So the next time you feel like a smoker, pick a glass of milk or another dairy product.

This wasn’t included in the study, but it’s a great “something to do” when you’re trying to overcome a craving. Gum and mints are both long-lasting, so you can keep chewing or sucking until your craving goes away. One of the advantages of nicotine gum is that it not only provides you with the nicotine you need to relieve your cravings, but it also gives you something to do with your mouth.

Ginger contains sulphur compounds, which help to reduce the desire to smoke. It has a calming effect and aids in the fight against nicotine addiction.

It can also aid in the relief of smoking withdrawal symptoms such as dizziness and nausea. To create Ginger Tea, boil a 1-inch piece of crushed ginger in 1 cup of water for 3-4 minutes. You can flavour it with 1 teaspoon of honey, jaggery, or stevia.

To quit smoking, consume a lot of salty foods. The salt in the meal will help you quit smoking by reducing your urge to do so. But don’t get highly dependent on chips or processed foods; instead, stock up on salted peanuts, salted almonds, cashew nuts, roasted and salted makhana/channa, and other favourites.

Dark chocolate is better for you than milk chocolate if you are attempting to quit smoking. As a result, it’s a definite plus. When you have an uncontrollable temptation to smoke, treat yourself to a piece of rich and exotic dark chocolate; this will relax your nervous system and help you shift your attention away from the smoke.

This Indian spice is one of the most versatile substances in the kitchen. For people who want to quit smoking, the spice reduces the desire to smoke.

Popcorn has two functions: first, it is a tasty snack that a smoker can eat and enjoy without thinking about smoking, and second, it offers a salty kick to the taste buds, which again reduces the desire to smoke. To assist you to resist the impulse to smoke, you should try to eat popcorn sans butter. These popcorns have a salty flavour that does not go well with smoking.

Food you should avoid to quitting smoking

Just like food helps you to quit smoking. Although, there are some foods that you should avoid. Some of them are listed below.

The meat was also selected as something that made smoking taste better. In a study that asked smokers about factors that enhanced or detracted from the taste of cigarettes. You don’t have to become a vegetarian, but cutting back on meat may make it easier to quit smoking.

From a smoker’s perspective, alcohol and cigarettes are a good match. Alcohol has also been identified as something that improves the taste of smoking. Reducing or eliminating alcohol consumption is beneficial for this reason, but it also helps to avoid any tipsy inclinations to smoke “just one” cigarette.

Caffeine, whether in the form of coffee, tea, cola, or any other beverage. It is also found as a flavour enhancer for cigarettes. It may be simpler to stay away from smoking if you avoid or reduce your caffeine intake.

Unlike milk, coffee/tea and smoke are frequently consumed together. One of the most typical answers, when we ask people which smokes, will be the most difficult to give up. Many people associate particular hobbies with smoking. When this occurs, the behaviour becomes almost instinctive — for example, drinking coffee equals smoking.

Additionally, caffeine may enhance the energising effects of cigarettes, which is another reason why coffee may trigger a strong desire to smoke. If you’re attempting to quit smoking, switch to green tea for a week or two to help sever the link between your morning coffee and smoking.

While keeping a close eye on your calorie consumption is crucial, relying solely on low-calorie or diet items can backfire. According to a 2005 study published in Psychopharmacology, smokers who reduced their calorie intake by 700 calories per day smoked 8% more cigarettes than those who did not.

In this blog, there are some specific food and drink suggestions to help you quit smoking, as well as others that may make it more difficult, but the most essential thing is to recognise your individual habits. If you always smoke while drinking your morning coffee, you already know how crucial it is to switch to something else. If you smoke while drinking your morning orange juice, though, switching to something else is probably a better option for you. Although several of these suggestions may be beneficial to smokers. In general, thinking about your smoking patterns can help you determine what adjustments might be beneficial to you personally.

Also Read: Food and drinks that you avoid during pregnancy

Deepak Kumar is a professional Digital Marketer and business consultant to many startups. He loves to dig deep about business strategies, technology, fitness, automobiles, food, and travel. He is district level athlete as well. Connect with him on Linkedin for more.
PrevPreviousBenefits ofOnline Business Reputation
NextFuture of Healthcare: Medicine, Digital Health, RoboticsNext