Everything you know about Calisthenics 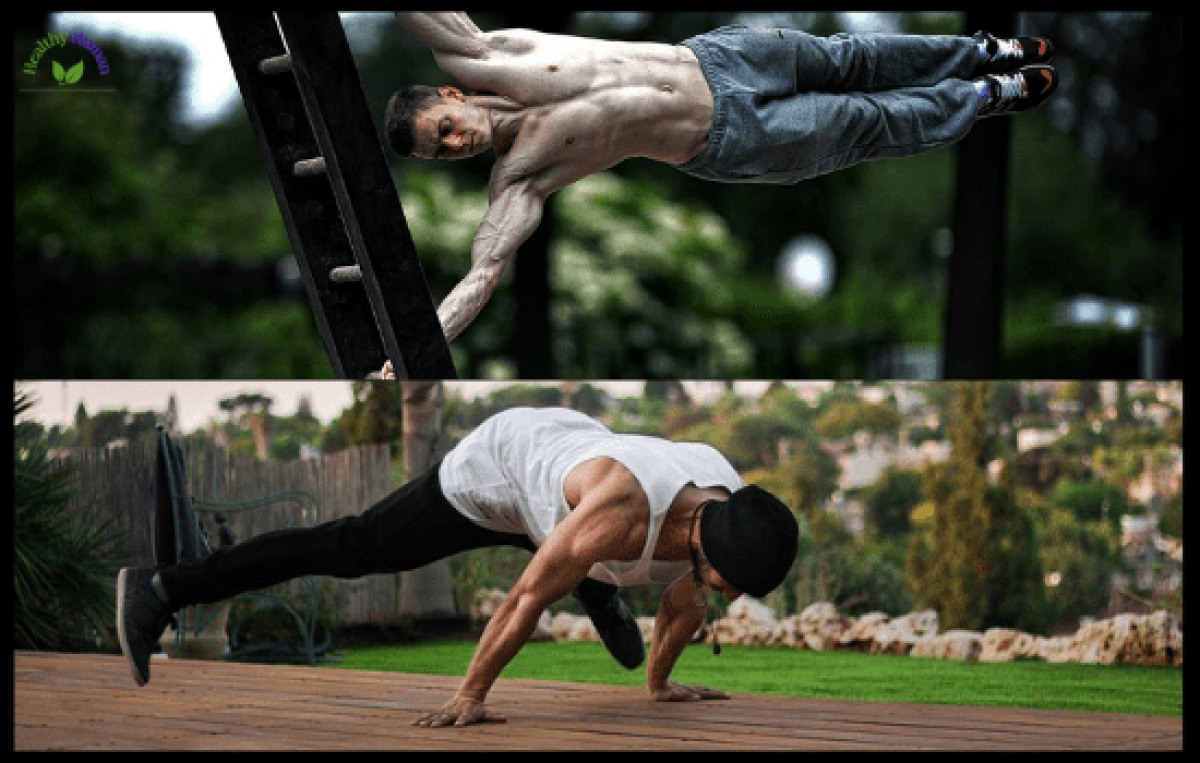 Calisthenics is a type of strength training that involves a variety of big muscle group exercises (gross motor actions), such as standing, grasping, pushing, and so on. As bodyweight exercises, these exercises are frequently performed in a rhythmic manner and with minimum equipment. They are designed to improve strength, fitness, and flexibility by using the body’s own weight as resistance in movements such as pulling, pushing, bending, jumping, or swinging.

Leader-directed group calisthenics is commonly used by sports teams and military groups to enhance teamwork and discipline (sometimes involving a unique “call and response” pattern). Calisthenics is introduced in primary and secondary schools all around the world as part of physical education.

Calisthenics exercises are frequently employed by military organizations around the world as baseline physical tests in addition to overall fitness. For example, they are employed in the Physical Fitness Tests of the United States Army and the United States Marine Corps.

The term Calisthenics is derived from the ancient Greek terms kállos (meaning “beauty”) and sthenos (meaning “strength”) (great mental strength, courage, strength, and determination). It is the art of developing a physique by using one’s own body weight as resistance.

The practice was used by the troops of Alexander the Great and the Spartans at the Battle of Thermopylae in Ancient Greece.

Calisthenics was also practiced in Ancient China, according to records. In addition to diets, Han Dynasty physicians recommended calisthenics as a way to keep one’s health in check.

Calisthenics is linked to Street Workout, a fast-rising international sport. Athletes do calisthenics routines in timed sessions in front of a panel of judges in the street workout. The World Street Workout & Calisthenics Federation (WSWCF), based in Riga, Latvia, organizes the annual National Championships and hosts the World Championships when all national champions participate in one event.

The World Calisthenics Organization (WCO) in Los Angeles, California, organizes a series of tournaments known as the Battle of the Bars around the world. The WCO established the first set of formal competition rules, which included weight divisions, a timed round system, original judging criteria, and a 10-point must system, allowing an expanding number of athletes from around the world to compete in these global events.

Here are some most common exercises of calisthenics mentioned below.

Face down on the floor with hands against the floor beneath the shoulders and toes curled upwards against the floor. The arms are utilized to elevate the body and keep the body in a straight line from head to heel. While avoiding resting on the floor, the arms go from fully extended in the high position to nearly fully flexed in the low position. Chest, shoulders, and triceps are all worked out in this exercise. Placing the hands on a wall and then bending and straightening the arms is a simpler variation of this exercise.

On their back, a person lies with their legs bent. They move their head and chest towards their legs while bending at the waist. They return to the starting position by lowering themselves.

The subject squats down till their thighs are parallel to the floor while moving their arms forward in front of them, standing with their feet shoulder-width apart. They then stand up and move their arms back to their sides, returning to a standing position. Quadriceps, hamstrings, calves, gluteal muscles, and the core are all worked out in squats. They’re one of the most adaptable calisthenics exercises because they may be done in almost any setting and with very little space.

Some advanced-level workouts are mentioned below.

A full-body calisthenics workout that targets the abs, chest, arms, legs, and some back muscles.

A shoulder-width grip is used to hold the bar during a pull-up. The person raises their body, keeping their chin parallel to the bar and their back straight. At all times, the topic is surrounded by the bar. The person then slowly and carefully returns to the beginning position. The lats (upper back muscles) and forearms are mainly targeted.

3. Front lever and back lever

A front lever is achieved by pulling the bar down with straight arms until the body is parallel to the ground and the front of the body is looking upwards. Rings or a pull-up bar can be used.

Lowering from an inverted hang from rings or bars until the gymnast’s body is parallel to the ground and facing the floor is the back lever.

The act of balancing on the hands to support the body in a stable, inverted vertical position is known as a handstand. The body is held straight in a basic handstand, with arms and legs completely extended and hands spread about shoulder-width apart.

The athlete elevates their legs, arms, and upper chest off the ground while prone on the ground.

The popularity of calisthenics is undeniable. There are many reasons why people enjoy doing calisthenics. Some of the benefits include:

Setting up a home gym can be costly. Even the smallest home gym would necessarily require the purchase of some dumbbells. As you gain strength, you will need to purchase more and more weight. You will soon have spent Thousands of rupees.

But if you do Calisthenics, it requires only your body and possibly a bar for pull-ups. With that one-time investment, you will have everything you need to train your body.

The best thing about calisthenics is that you can do it anywhere. You can train in the smallest hotel room, in open ground or in a park.

All you’ll need is a few square feet of space for your training. You’ll be fine as long as you have enough space to lay down and a few feet of clearance above you.

Exercise, in my opinion, should help you improve your life. You learn to move your body in all directions when you do calisthenics.

Bodyweight exercises will help you improve your body awareness and strength. Body awareness will also assist you in maintaining mobile and injury-free as you age.

Cardio exercises come to mind when you think of fitness. The best cardio exercises are typically calisthenics in nature. Bodyweight exercises like jogging, skipping rope, and burpees can kick your hips. You could skip the jump rope and still improve your fitness.

There are many reasons why people may choose to do calisthenics, but there are also some drawbacks that should be considered before beginning this exercise routíne. Here are some of the most common cons to keep in mind:

If you have an injury or have recently had surgery, calisthenics is not the best form of exercise for you.

A bodyweight squat may be impossible to perform after knee surgery. You might require the assistance of a machine.

Although bodyweight exercises are fundamental, you are still using a significant amount of weight. When you don’t have enough strength, doing a push-up or a pull-up is difficult. With a shoulder injury, either exercise will be impossible.

You can isolate a specific muscle group with a light dumbbell to help it grow stronger and heal. Calisthenics engages a large number of muscles, giving you less control over your injury.

Progression is the name of the game when it comes to training. Each workout is designed to make you stronger than the last.

However, it is difficult to progress quickly in calisthenics training. You will gain muscle and strength, but you will also reach a saturation point. It’s difficult to know what to do next.

Progression is simple with weight training. The answer is always to add a little more weight until you can’t add any more weight. Changing your body position in calisthenics increases the difficulty of an exercise.

However, that minor change can significantly increase the difficulty of the exercise.

When it comes time to advance to the next level of calisthenics, you may require the assistance of a professional.

Deepak Kumar is a professional Digital Marketer and business consultant to many startups. He loves to dig deep about business strategies, technology, fitness, automobiles, food, and travel. He is district level athlete as well. Connect with him on Linkedin for more.
PrevPreviousRBI New Guideline: Repo Rate Increases by 50 Base Points
NextHidden Facts About Indian Garam Masala ( Spices )Next