Histidine: Side Effects, Symptoms, and Interactions

What is Histidine and its Side Effects?

Histidine and its side effects, Proteins and enzymes are created in the body using amino acids. This amino acid is commonly referred to as semi-essential. However, adults do not need it, but newborns and those with uremia, a kidney disease. L-histidine and a-amino-b-[4-imidazole]-propionic acid are other names for histidine.

What do you mean by Histidine and its side effects?

An important amino acid is histidine. As a precursor and a component of proteins, it has a wide range of applications. Since it shields the skin from UV rays, it is crucial for biological products. Moreover, it reduces inflammation and oxidative stress. One of the 20 amino acids creates protein in our body.

There are essential and non-essential amino acids

1. Nonessential: In this case, the body can produce amino acids.

2. Essential: In this case, amino acids must be consumed in the diet. However, consumption is necessary because the body can’t produce enough supply.

What are the uses of histidine?

Histidine is a necessary amino acid, however adults do not seem to need it. In the research, we identify people who regularly consume a diet low in histidine.

They might suffer detrimental health repercussions. such is decreased haemoglobin, the oxygen-carrying molecule in red blood cells.

The liver produces histidine in small quantities. Hence it needs to be consumed in the diet to maintain the necessary histidine levels. It is transformed into a number of significant compounds, including histamine and carnosine. However, it is necessary for tissue development and repair.

Both in human and animal research. The protein haemoglobin depends on histidine to stay in its normal range of concentrations. Accountable for carrying oxygen from the lungs to the body’s tissues.

Histidine is used to make uric acid. It is a significant absorber of UV light. However, It stops the skin cells from getting damaged.

Moreover, It is additionally transformed into histamine. A messenger molecule important in immunity, sexual function, and digestion.

A crucial element for carnosine, along with beta-alanine. In addition, a significant antioxidant that inhibits the development of several degenerative disorders Furthermore, it lessens artery plaque accumulation.

Enhancing muscular performance during intense exercise may also be beneficial. Histidine has anti-inflammatory and antioxidant effects. However, it protects the heart and decreases blood pressure.

Histidine plays a key role in the body’s ability to metabolise, break down, utilise energy, and trace elements.

Among these trace elements are:

Difference between Histidine and Histamine

The body uses histidine to make histamine. It is a mutual cause of swelling and itching. However, it occurs as a result of an allergic reaction. Later on, as a response to allergic reactions or tissue damage.

The immune system starts an inflammatory response to histamine as a response to allergens, including itchiness and edema. It is discovered at higher levels when there is an allergic response, even if histidine produces it as a byproduct.

Histidine-containing buffering solution. However, it is routinely used to induce heart arrest during surgical procedures. To protect the heart muscle from low blood supply.

Several clinical trials attest to its effectiveness. It reduces the damage due to the low oxygen. It’s not only in the heart but also in the kidneys.

The histidine derivative carnosine improved exercise performance. It damaged rat hearts due to restored blood. Hence, quality of life in a clinical trial on 50 people with congestive heart failure.

The histidine presumably reduced the reactive oxygen species. It helped to preserve the energy in diabetic mice supplementation.

The disease dietary histidine is associated with low blood pressure. Especially at the higher doses in a study in rats with elevated blood.

Since histidine is an essential amino acid, its deficiency can cause several detrimental effects. The main symptoms include dry or scaly.

However, skin lesions, anaemia, poor healing, and general feelings of being unwell. The amino acid over three months reduced the upstate of stress. Another study on over 400 women found an association between low histidine levels and oxidative stress.

Additionally, obese women had worse antioxidant status, possibly due to their abnormal histidine. Arginine metabolism in two studies on over 500 women.

However, Histidine supplementation led to reduced  inflammation by blocking the production.

The supplementation reduced not only the feeding but also the fat accumulation. Hence, histidine was ineffective as an appetite suppressant in an old clinic.

An acid is a substance that builds up in the skin. It protects and absorbs UV radiation. By doing this, it acts as a natural sunscreen.

Histidine and its Side Effects

It can protect the DNA from sunlight damage. Therefore, in a clinical trial on 24 people with eczema, supplementation with histidine.

Histidine levels were above the average, although this is not necessarily a side effect. The chronic histidine levels are high leading to high histamine levels. It has detrimental effects on the brain. 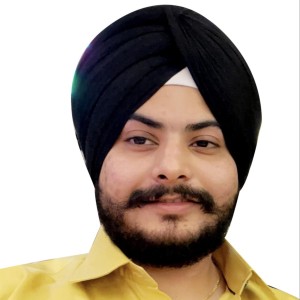 Harpreet Singh plays an role as a content writer at Healthy Life Human writes a on topic of Technology and Science. The purpose is to deliver valuable knowledge to an online community. He is passionate about researching of roots of content writing. Moving forward, he started his adventures digital path to make the future brighter. He loves Meditation, Long drives & Listening to Music. You can find him on LinkedIn
PrevPreviousSurprising Benefits of Watermelons
NextWhat is LycopeneNext