Why Do Wolves Howl? 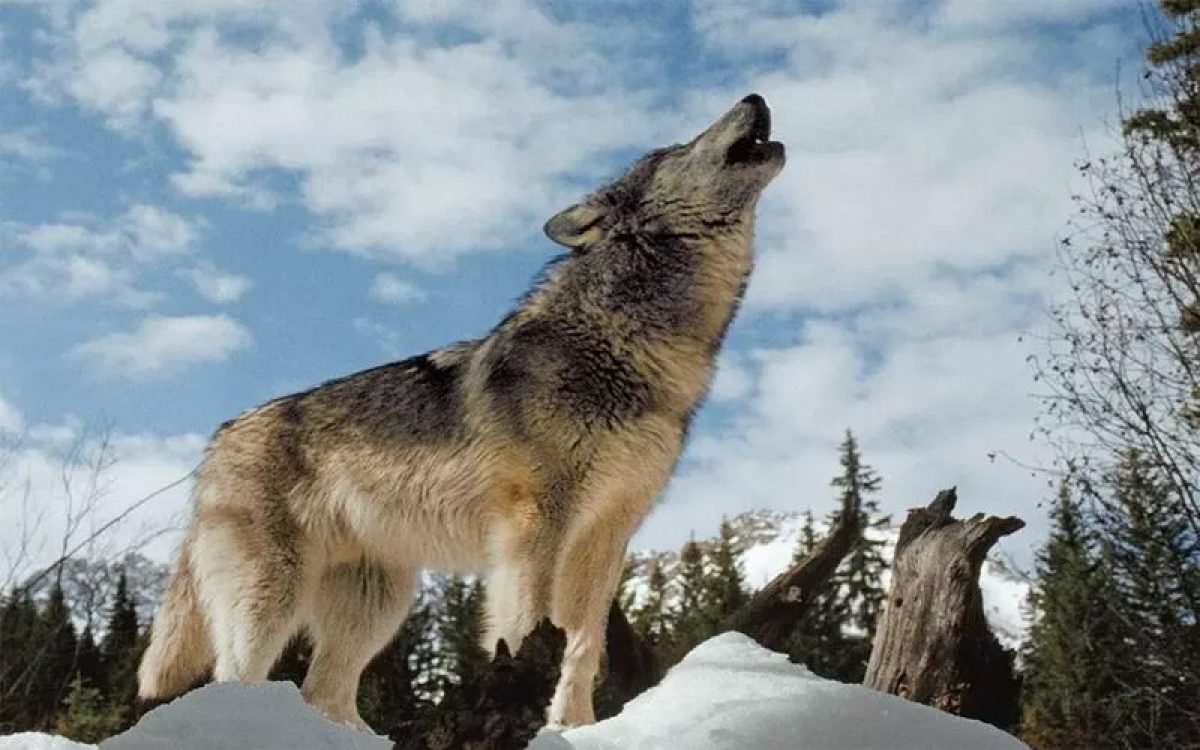 Wolves are wild creatures. Hearing this sound is one of the most exciting and amazing sounds of the nature. They lives in a group of 6-10 members. Wolves are highly social animals. They develop a strong bonds among them. They howl in a group. Wolf pups started howling after 3-4 weeks of their birth. Wolves howl just to communicate with each other such as to call their pack members, giving warning to other wolf packs stay away from their territory, to send their location to pack members, to show their affection to their mates.

Wolf packs cover a large territory approx. 1200 square miles to live and hunt. You can hear a wolf howl at a distance of nearly 10 miles away. According to recent studies, wolves howl most frequently to the other wolves in their packs with whom they spend the most time.

Howling is related to territorial defense, mating, and hunting. mark territory, frighten away predators, sound the alarm. When the wolves separate from their packs during hunt so they howl to communicate with their pack members. Some factors also affect on wolves howling such as different weather conditions storm, fog or rain etc. However, restlessness and loneliness may be some reasons for howling.

Wolves howl to communicate with each other regarding attack on prey. When they become separated during a hunt, they howl to send their location to their pack members. All pack members can howl to find any missing member.

Wolves go far away from their area. They howl to aware the other pack members that they are returning to their area, Wolves howl to assemble their pack. They howl back to give confirmation that they have heard and understood the message.

Because wolves typically hunt in packs, it is very important that each member is aware of their duties at all times. To ensure that no one gets left behind and the hunt is successful, howling is an effective method for communicating ideas and tactics during a hunt.

Wolves howl after a kill to warn other wolves to stay away from the kill site, and to gather the entire pack back together after a kill so that everyone may eat.

To Protect Their Area

During mating season, the amount of howling between packs greatly increases. Wolves are more inclined to act aggressively toward members of rival packs when their hormone levels are high in order to protect their territory and the females in their group. The territorial howling serves as a signal to other animals to stay away.

Wolves howl in order to signal to other wolves or packs that the territory is already occupied. After entering their area, the group alpha must decide whether to leave or keep going. Wolves give defensive howl that signals to stay in their packs and protect the young ones.

To Find Other Wolves

When wolves are separated from another wolf with whom they have strong bond, they howl more loudly. When wolves are away from their pack, they howl just to make contact with the other wolf. The pack howls louder giving the message that the missing wolf is more important to them.

To Find a Mate

And the time comes for eligible wolves to mate. Single wolves howl to announce that they are looking for a mate in the weeks before breeding season. It can be an invitation to find a new mate in the dying months of winter. A wolf can be identified as being available, attractive, and interested in mating by howling as an individual rather than as a member of the pack. When wolves pair up, they remain together until one of them passes away. After that, the surviving individual will look for a new mate.

Some Interesting facts About Wolves

Do Wolves Howl at The Moon?

Due to their nocturnal nature, wolves are often associated with night time and the moon. This nocturnal habit, which would be simpler to detect under the light of a full moon, is most likely where the idea that wolves howl at the moon comes. However, it looks like that the wolves howl at the Moon but it is not so. The wolves can make the much louder sound by opening its neck upward towards the sky, They just lift nose and mouth towards the sky for howling so that sound can travel further and other wolves can hear them effectively.

The favorite time to howl is the first part of the night because at that time they are most active. Howls can be heard during the day, during new moons, and even when the moon is hidden by dense clouds. These nocturnal hunters are unrelated to any moon phases.

Wolves behave differently from other animals, and they communicate with one another through howling. When they awaken in the morning, they occasionally howl like people do when they are stretched out. Howling reaches a seasonal peak in the winter months, during the time of mating and breeding. On the moon, wolves do not howl. Research has disproved the widespread misconception that wolves howl only at certain times and places depending on the moon’s phases.

How to Become a Nun in Bit life

Priyanshi Arora is a content editor for Healthy life human covering the topics related to health and lifestyle. She believes in having a positive attitude toward life reflects a healthy lifestyle. She has helped many people by providing valuable content related to their daily basic needs. To know more, connect with her on Linkdln.
PrevPreviousDusshera(दशहरा ): The victory of Good Over Evil
NextBest Bottle WarmerNext