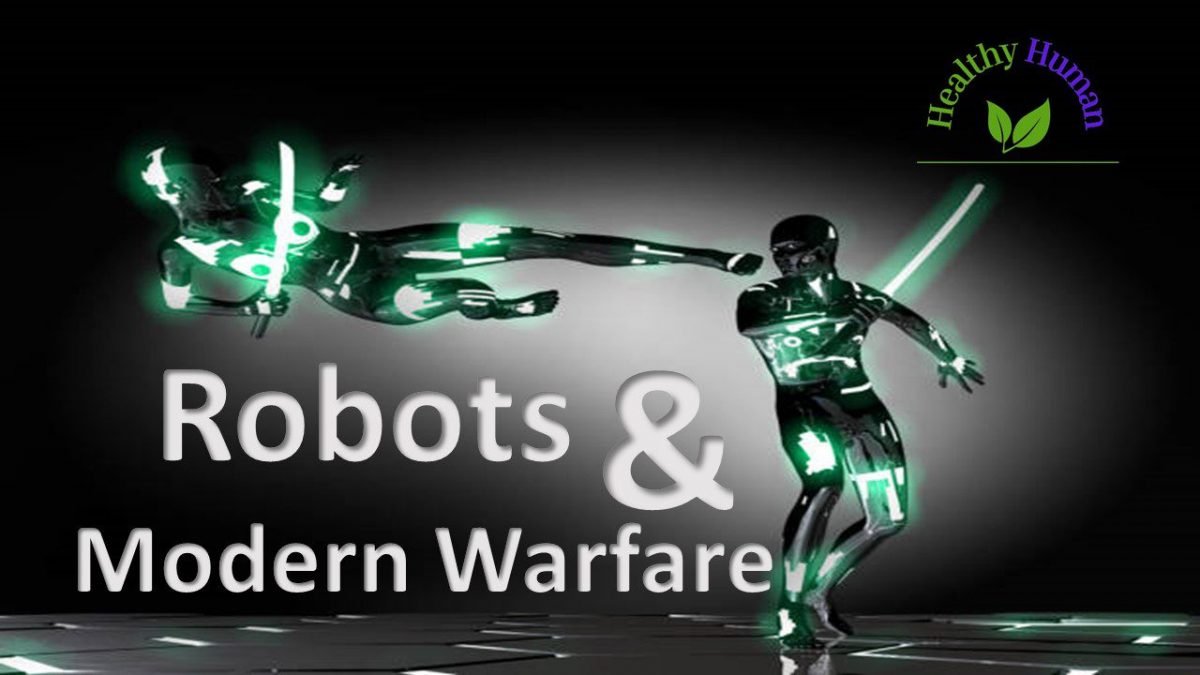 This Is one of the most profound and the latest focus of scientists. Modern warfare is highly attractive for the rapid use of robots on the battlefield. As a soldier humans do not have that much capability to fight. The thing is first we need to train soldiers for the war. Then they can give their best. Although if we talk about robots they are well performers without any training. They are more efficient in this field.

Military areas are highly preferring to work with robots. Because war missions are quite boring and physically taxing.  But robots are proving themselves as the best player in the field. That rule is known as the three D’s – Dull, Dirty, Dangerous. If we compare a human soldier and a robotic soldier. So, there is a difference in their accuracy. Robots are performing 5 times better than Soldiers. They provide low risk and quick results.

Military need to think in the field about what they need to do. How they can use this device? And so many more things. Whereas the future is sounding to be more robotic. As the things are going to be more and more digital. This paper exposure the military of robotics on future battlefields.

Why choose a robot for the battlefield?

Our military is giving its best result. They literally perform so well. But they have to face such a really hazardous activity to do. They need to give their efforts without having any rest. Biologically a human body can work only for 10 -12 hours continuously. After that, they need to rest to work again. Whereas as per robot there is no limitation. We can improve machinery and that will perform well again.

Robots don’t need any food items or any other extra things like clothing, shelter, etc. Whereas a robot can do work continuously without these things. Rather than this concentration is the most important required thing in the field. That is really difficult for a human. Robots just need a break for recharging them again. And their work performance will be the same as before. After a very long dangerous activity still they work with that same efficiency.

Robots are suitable for all Environment

The robot is suitable for every environment. Contaminated biological things, chemicals, and efficacy do not affect them. Whereas a human need to wear a proper suit and protective gear. They can sustain any other mission also.

Robots are suitable for operating situations like G-turn. In that aircraft, the driver can render aircraft pilots inoperative. Unmanned systems of them can fly faster and have harder turns.

Can also fight in Waves

Underwater in the sea, there are lots of waves also. That we have to face. If a single wave has passed we got injured. Also, we can have some serious health issues or result in death as well. Whereas a robot has already operated to sea state six. That has already faced a rough ocean with eighteen feet high waves.

Speed of working is fast

The robot can work with digital efficiency but somewhere the human body has limits. Which we cannot extend biologically. OODA (observe-orient-decide-act) also says loops get shorter. This is the unmanned advantage of robots.

We humans don’t have the sense to know that something is coming to us. But a robot has AI that helps them to aware of the danger before that harms them. ‘R2-D2’, the Counter Rocket Artillery and Mortar (CRAM) system the US deployed in Iraq. It could detect and shoot them down before they arrived at the target. Unlike humans who can only react to incoming mortar rounds by taking cover at the last second.

Additionally, learning curves for robots are faster. Robots have sharable intelligence. Since they can be remotely or through a wired network. Robots do not have psychological demands, emotional struggles, or the ability to be subverted. Which is a crucial distinction between people and battlefield robots.

No emotions or fear of death

The robotic military doesn’t have fear of death. We can also repair them in lesser time. This we know in so many recoveries human body needs so much time. The option is we need to wait to prepare another soldier from the beginning. But in robotics either it can easily repair again or we can change it a few times. And that is not that much costly.

Two most important other reasons for Robots in warfare

There are many reasons which are supporting that robots are good for modern warfare. a most important benefit is we can save a life in lakhs. Generally, in a war, there are many people who die there is a benefit to choosing robots for this.

Second, the variety, sophistication, and severity of the numerous threats have worsened, making the conventional military’s response to the “suicide bomber” situation more challenging.

The realization that we can do more with machines on the battlefield than we can without them is what drives militaries to deploy robotic systems, despite the fact that there are numerous and different motivations for doing so.

What is military robotics?

Robots are artificially created machines that can sense, understand, and interact with their surroundings. Their three-pronged construction allows them to function as artificial creatures. They are made up of “sensors” that keep an eye on the surroundings and identify changes, “processors” or “artificial intelligence” that determines how to react, and “effectors” that change the surroundings in a way that reflects the decisions.

Although it is not a must, mobility is sometimes a key factor for combat robots. While static robots are more common in industrial or other applications, the military frequently makes use of unmanned vehicle technology. Military robots are typically referred to as “unmanned systems.”

Higher levels of autonomy are becoming more attainable as well as more affordable to build into robots thanks to the development of more advanced sensors that can see the world more clearly, faster computers that can process information more quickly, and—most importantly—GPS that can instantly provide a robot with its location and destination. However, increased independence comes with increased autonomy. Moving the human out of harm’s way could be beneficial, but doing so also makes the robot’s decisions more important.

Applications of Robotics in Warfare

Moral and Ethical Issues with Robots

Despite all the excitement in military circles around the upcoming fleet of unmanned cars, ships, and aircraft, there is one topic that people tend to avoid discussing. What changes as we equip ever-smarter, more powerful, and more autonomous robots for combat?

The argument is not that machines are taking control, but rather that as machine authority and autonomy increase, what it means to have humans “in the loop” of wartime decision-making is changing. In actuality, the role of the human “in the loop” is already evolving into that of a supervisor who acts as a fail-safe in the event of a system failure.

Can combat robots be programmed to behave morally? To ensure that the use of fatal force by battlefield robots complies with ethical standards, researchers are working to design rules of engagement (or trying to create an artificial conscience).

Theoretically, a set of regulations can ensure that people are not killed unethically on the battlefield because stress does not impair a robot’s judgment the way it does a soldier’s. ISR data can be misleading while contexts and scenarios can vary, even though ethics can be properly represented in software. Will the usage of robots make it easier for wars to start? Technologies like unmanned systems can be alluring, fostering overconfidence that can push countries into unnecessary battles.

Deeply troubling considerations about whether roles should be delegated to machines are raised by the growth of robotic autonomy and intelligence. These choices must take into account not just the potential combat effectiveness of the robots but also the implications for their human commanders of this change in authority as well as the general political, ethical, and legal liability for their actions.

Robots are the main component in the field in 21 century. There are many reasons for that. They have better efficiency. Long working hours and the most important thing they reduce death. In the field, we need a focus that is present in them. They don’t have emotions for others if we will not add this feature. We can make them as per the environment. We can easily send them anywhere. Where we can not even reach.

Military robots will soon comprise semi-autonomous and autonomous systems that execute missions only using sensors and computer technologies, as opposed to human operators. The PackBots, Predators, and Ravens of today are rather simple devices.

The next generation of “warbots” will be significantly more advanced. As they evolve, worrying new issues regarding how and when we fight the war are brought to light. Our existing knowledge of technology. War is put to the test through the battlefield’s exponentially growing usage of robotics.

Neha Rajput is a content writer at Healthy Life Human. She has been an active participant in various exhibitions and competitions. She also has been awarded gold medals in the science stream at the national level. Also, she likes to share information on various topics related to health, fitness, business, technology, career etc. to the online users worldwide. You can find her on Linkedin.
PrevPreviousSurprising Benefits of Jamun Juice for your wellness
NextFuture of Blockchain and CryptocurrencyNext