Everything you know about Johnny Depp 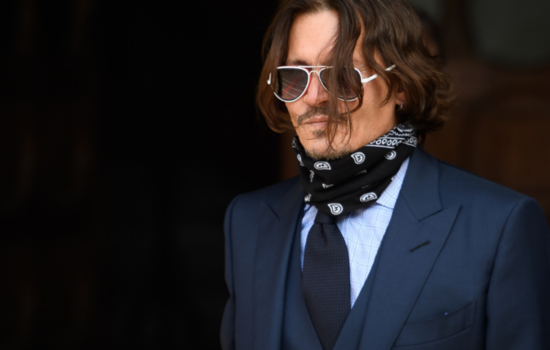 Johnny Depp`s full name is John Christopher Depp II  Johnny Depp is a great American actor, producer, musician, and also painter. He was born on June 9, 1963. He is mainly known for his eclectic and unconventional film choices. Johnny Depp’s first film is A Nightmare on Elm Street in 1984. He mainly started getting international success through the film The Pirates of the Caribbean series and as Captain Jack Sparrow. Most people in India still recognize Johnny Depp as a caption jack sparrow.

On June 9, 1963, in Owensboro, Kentucky, John Christopher Depp II was born, the youngest of four children to waitress Betty Sue Palmer (née Wells) and civil engineer John Christopher Depp. During his childhood, Depp’s family moved frequently, eventually settling in Miramar, Florida, in 1970. His parents divorced when he was 15 years old, and his mother later married Robert Palmer, whom Depp has described as “an inspiration.”

Depp is predominantly of English lineage, with traces of French, German, Irish, and West African ancestry thrown in for good measure. Pierre Dieppe, a French Huguenot immigrant who established in Virginia circa 1700, gave him his surname. Depp claimed to be of Native American descent in interviews in 2002 and 2011, stating: “I    suppose I’m descended from a tribe of Native Americans. My great-grandmother had a Native American slant to her. She was either Cherokee or Creek Indian when she was growing up. Coming from Kentucky, where Cherokee and Creek Indians are many, this makes sense “, When Indian Country Today reported that Depp had never enquired about his ancestry or been recognized as a Cherokee Nation member, Depp’s claims were called into question. Depp has no recognized Native lineage, and Native community leaders consider him a “non-Indian,” which drew anger from the Native American community.

There are few actors in Hollywood who have achieved the level of success and acclaim that Johnny Depp has. Over the course of his illustrious career, Depp has starred in some of the most successful films ever made. Here are a few of the biggest hit movies of Johnny Depp’s career.

The original Pirates of the Caribbean film is still widely regarded as the greatest in the series. Featuring Depp’s iconic character Jack Sparrow as well as an exciting and captivating revenge and adventure plot. It’s unlike any previous film in the genre, with Verbinski’s direction bringing a breath of fresh air to the genre.

It’s rare to find a more genuine and empathetic gothic fantasy film than Edward Scissor’s hands. Despite the horror components in the plot, the film is an extraordinarily moving portrayal of loneliness and social alienation.

Many Pirates of the Caribbean fans regard Dead Man’s Chest as the franchise’s underappreciated jewel, and for good reason. The film not only expands on the story established in the first installment. It also includes various new characters and subplots that complicate and develop the main cast’s journey. Dead Man’s Chest also contains some of the most beloved scenes in the Pirates of the Caribbean franchise, such as the search for Davy Jones’ heart and the pirates’ escape from captivity. It’s an immensely innovative film that depicts a type of blockbuster that Hollywood no longer produces.

Tim Burton’s Sleepy Hollow is based on Washington Irving’s famous story The Legend of Sleepy Hollow. Follows a police detective named Ichabod Crane who is dispatched to the town of Sleepy Hollow to investigate a string of strange killings. Burton’s characteristic gothic style is combined with a supernatural plot of romance, murder, and mystery in this picture. It’s one of his most innovative pictures to date, with a tale that will captivate and keep audiences on the edge of their seats throughout.

What Are You Eating? Gilbert Grape is a classic American drama based on Peter Hedges’ novel of the same name, published in 1991. It follows the narrative of Gilbert Grape, a young man who is compelled to care for his crippled younger brother and mother. While looking for his own source of happiness in a world that is always against him. The picture also boasts an underappreciated performance by Leonardo DiCaprio, who shines as Depp’s younger brother in a dramatic and poignant part. It’s a picture that prioritizes its characters above everything else, which adds to the story’s appeal.

Johnny Depp is one of the most successful and well-known actors in Hollywood. He was born on May 26, 1963, in Kentucky. His parents were Betty Sue Palmer and Clyde Depp. He has two sisters, Lori and Sandy. Johnny dropped out of high school in his junior year and joined the military when he was 17 years old. He served in the Army for two years as a radio operator for special operations in Vietnam. After leaving the military, he attended the University of New Mexico and studied creative writing.

Alcohol and drug use

Depp has struggled with alcoholism and addiction for much of his life. He has stated that he began using drugs by taking his mother’s “nerve pills” at the age of 11, was smoking at age 12 and by the age of 14 had used “every kind of drugs there were”. In a 1997 interview, Depp acknowledged past abuse of alcohol during the filming of What’s Eating Gilbert Grape? (1993). In a 2008 interview, Depp stated that he had “poisoned” himself with alcohol “for years”.

In 2013, Depp declared that he had stopped drinking alcohol. Adding that he “pretty much got everything [he] could get out of it”; Depp also said, “I investigated wine and spirits thoroughly. They certainly investigated me as well, and we found out that we got along beautifully, but maybe too well”. Regarding his breakup with long Time partner Vanessa Paradise, Depp said that he “definitely wasn’t going to rely on the drink to ease things or cushion the blow or cushion the situation because that could have been fatal”.

According to his ex-wife, Amber Heard, Depp “plunged into the depths of paranoia and violence after binging on drugs and alcohol” during their relationship between 2013 and 2016. In a 2018 Rolling Stone profile of Depp, reporter Stephen Rodrick wrote that he had used hashish in his presence and described him as “alternately hilarious, sly and incoherent”; Depp also said that the allegation made by his former business managers that he had spent US$30,000 per month on wine was “insulting” because he had spent “far more” than that amount. During his 2020 libel trial, Depp admitted to having been addicted to Roxicodone and alcohol as well as used other substances such as MDMA and cocaine during his relationship with Heard.

Depp was arrested in Vancouver in 1989 for assaulting a security guard after the police were called to end a loud party at his hotel room. He was also arrested in New York City in 1994 after causing significant damage to his room at The Mark Hotel, where he was staying with Kate Moss, his girlfriend. The charges were dropped against him after he agreed to pay US$9,767 in damages. Depp was arrested again in 1999 for brawling with paparazzi outside a restaurant while dining in London with Paradise.

In 2012, disabled UC Irvine medical professor Robin Eckert sued Depp and three security firms, claiming to have been roughed up by his bodyguards at a concert in Los Angeles in 2011. During the incident, she was allegedly hand-cuffed and dragged 40 feet across the floor. This incident resulting in injuries including a dislocated elbow. Depp’s attorneys contended that Eckert provoked the alleged assault and therefore “consented to any assault and battery”. Ekert’s court papers stated that Depp, despite being his security guards’ direct manager, did nothing to stop the attack. Before the case went to trial, Depp settled with Eckert for an undisclosed sum, according to TMZ.

In April 2015, Depp’s then-wife Amber Heard breached Australia’s biosecurity laws when she failed to declare her and Depp’s two dogs to the customs when they flew to Queensland, where he was working on a film. Heard pleaded guilty to falsifying quarantine documents, stating that she had made a mistake due to sleep deprivation. She was placed on a $1,000 one-month good behavior bond for producing a false document. Heard and Depp also released a video in which they apologized for their behavior and urged people to adhere to the biosecurity laws. The Guardian called the case the “highest-profile criminal quarantine case” in Australian history.

In March 2016, Depp cut ties with his management company. The Management Group (TMG), and sued them in January 2017 for allegedly improperly managing his money and leaving him over $40 million in debt. TMG stated that Depp was responsible for his own fiscal mismanagement and countersued him for unpaid fees. In a related suit, Depp also sued his lawyer, Bloom Hergott, in January 2017. Both lawsuits were settled, the former in 2018 and the latter in 2019.

In 2018, two of Depp’s former bodyguards sued him for unpaid fees and unsafe working conditions. The suit was settled in 2019. Also in 2018, Depp was sued for allegedly hitting and verbally insulting a crew member while under the influence of alcohol on the set of City of Lies.

Overall I like to conclude Johnny Depp Is really nice person with a great personality. Johnny Depp is one of the most popular and well-known actors in Hollywood. He has starred in a number of hit films, including Pirates of the Caribbean and The Lone Ranger. Johnny Depp is also well-known for his eccentricity and love of unusual clothing. He is a married father of two and lives in a sprawling mansion in Hollywood Hills.

Deepak Kumar is a professional Digital Marketer and business consultant to many startups. He loves to dig deep about business strategies, technology, fitness, automobiles, food, and travel. He is district level athlete as well. Connect with him on Linkedin for more.
PrevPreviousRedensyl Vs Minoxidil
NextBenefits Of Doing Military PressNext

Why is My Dog Pooping Blood